Digesting the impact on climate

Emilien Hoet discusses food waste, and suggests some ways that this issue can be addressed

Food production accounts for around one-quarter of global greenhouse gas emissions. This is an urgent problem as the window we have to limit climate change to 1.5oC is narrowing. Whilst consumer understanding of how specific foods contribute to climate change – beef and dairy in particular – has risen rapidly in recent years, fewer people realize that significant amounts of emissions come from food waste in the supply chain, in restaurants and in homes.

An estimated one-third of all the food produced in the world goes to waste. That’s the equivalent of a staggering 1.3 billion tons of fruits, vegetables, meat, dairy, seafood, and grains that either never leave the farm, get lost or spoiled in the supply chain due to poor storage and handling, or disposed of by the retail and hospitality industries – not to mention the waste occurring across schools, hospitals and in the kitchens of everyday consumers.

To put this all in context, emissions from food waste is at least three times the emissions generated from global aviation. In the US alone, food waste equates to the greenhouse gas (GHG) emissions of 37 million cars and the United Nations estimates that if global food waste were measured as a country, it would be the world’s third worst emitter of GHGs, behind China and the US.

Food wastage is responsible for around six percent of total global greenhouse gas emissions, although this may be even higher when including food losses on the farm during production and harvesting.

Putting it into perspective
The 1.3 gigatons of edible food wasted releases 3.3 gigatons equivalent of carbon dioxide (CO2), meaning that for every 1 kg of food waste, just over 2.5 kg of CO2 is emitted. And when food ends up in landfill, it generates methane, a greenhouse gas 25 times more potent than CO2.

And the problem doesn’t end with emissions. When food is wasted, all the land, water, energy, transportation, packaging and other resources that went into its production and processing – all of which have an impact on biodiversity – are also wasted.

In addition to its environmental impact, food waste is a social and humanitarian concern. It is believed that the global level of food waste today would deliver enough calories to feed every undernourished person on the planet.

Food, therefore, lies at the heart of not only tackling climate change, but reducing water stress and pollution, restoring lands back to forests or grasslands, protecting wildlife, and making an impact on social and economic issues.

In a much cited study on global food systems, it was found that food waste differs quite considerably across the world. In low income countries, 40 percent of food is wasted during its handling in the supply chain – so, directly after it’s harvested but before making its way into people’s homes. This is usually down to inadequate infrastructure – from decent roads to lack of refrigeration. However, in high income countries, consumers need to accept the lion’s share of responsibility, with estimates suggesting that households are responsible for as much as 53 percent of all food waste in Europe.

The UK picture
According to NGO, WRAP, two thirds of people in the UK do not currently associate food waste with climate change.

Nevertheless, food waste among UK households – around 6.6 million tons per year – has recently outweighed the amount of food waste produced by all commercial enterprises at all stages of the food value chain, including production and processing to retailing and hospitality. In fact, domestic food waste accounts for 70 percent of the national annual food waste mountain.

WRAP’s survey of more than 4,000 adults in the UK revealed that just 32 percent said they see a ‘clear link” between wasted food and greenhouse gas emissions. 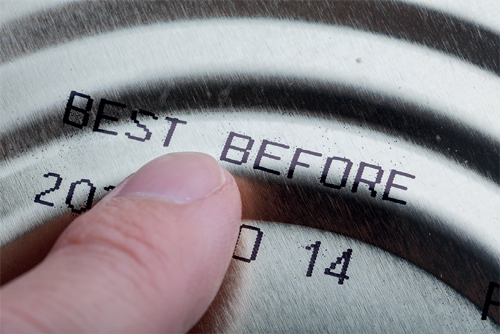 Between eight percent to 11 percent of all GHG emissions emanating from the food system could be reduced if food waste was prevented. Efforts to deliver this ambition will be one of the world’s greatest challenges this decade and beyond to mid-century.

In contrast to the energy transition and upscaling of low-carbon, renewable energy solutions, the approaches for tackling the decarbonisation of the agro-economy are somewhat less defined. It is argued, for example, that we still need fertilizers and vast amounts of water to meet growing food demands. And while some headway has been made to reduce the methane from cattle – for example public awareness campaigns to reduce reliance on meat as a dietary resource in the first instance, to innovative approaches such as adding seaweed to cattle which can reduce emissions by up to 82 per cent pastoral farming is likely to be a significant source of emissions at least in the medium term.

Food retailers: key to the pantry
Large food retailers in the UK – and globally – are in a unique position to address the global food waste issue. Due to their direct links with farmers, processors, and consumers, they have the power to influence every facet of the supply chain. And because the traditional supermarket industry in the UK is highly concentrated – the top seven food retailers account for 87 percent of the grocery market – retailers have considerable market power to initiate change.

Solutions could include upgrading of inventory systems with the latest technology. Advancements in automation and software capabilities have made inventory management scalable across more SKUs and product types, making it possible to go directly from distribution warehouses to retail shelves, reducing the amount of food going to waste. Greater partnership with farmers will also be key. Significant amounts of produce are left unharvested every year due to the tendency to grow more than is needed as a hedge against weather, disease and fluctuating orders. Retailers need to work more closely with farmers or encourage their intermediaries to collaborate more realistically on forecasting. A more collaborative approach when working with suppliers means treating farmers as partners rather than contractors and investing in the long-term sustainability of the supply chain instead of maximizing returns from a product in the short term.

A significant part to play in encouraging consumer behavioral change actually rests at the doorstep of retailers. High cosmetic standards for fruit and vegetables have been embraced for many years by UK food retailers, leading them to reject even marginally imperfect-looking produce – now known as ‘wonky veg’. The desirability of a ‘perfectionist produce aesthetic’ in relation to food needs to be addressed, and while some retailers are now engaging in the promotion of imperfect produce, the initiative should be more widely embraced. Additionally, food labelling needs to be overhauled. The ‘Best by’ date, for example, while neither standardized or regulated is currently encouraging consumers to dispose of perfectly edible food.

Food waste by consumers has escalated with rising disposable incomes and it is argued that many under 30’s struggle with what to do with leftovers, and only three per cent of people attach a social stigma to throwing away food. Changing habits is a long-term endeavor, but food retailers and government campaigns can play a crucial role in educating consumers to cut household food waste.

Research undertaken by Sainsbury’s has shown that consumers view supermarkets as a source of inspiration and guidance for reducing food waste. Supermarket magazines and membership programs could be used to feature waste reduction tips and recipes to utilize leftovers. They could also sponsor and team up with chefs to demonstrate how to utilize leftover ingredients, or hold dining events featuring dishes made from discarded food.

Food retailers can also organize ‘waste less’ campaigns. For example, Kroger – the second largest retailer in the US – launched its initiative ‘Zero Hunger, Zero Waste’ to combat what they describe as the ‘fundamental absurdity’ of food waste in the US – now estimated to be around 40 per cent.

The role of offsetting
Finally, for those emissions that are not easily mitigated, the role of offsetting should be incorporated into the equation. Companies are increasingly realizing that high-quality, verified offset projects can play an important role in tackling emissions across the value chain when they cannot be easily achieved through operational changes, or will take some time to implement. The additional opportunity here is that you select environmental or social impact projects which mean most to you and your stakeholders, usually in developing countries, which have a real and important effect on peoples’ lives and the environment. Such projects can focus on health, economic empowerment, prevention of deforestation, renewable infrastructure and biodiversity protection. Projects such as these are aligned to the United Nations Sustainable Development Goals and, therefore, enable an organization to demonstrate their commitment to these global objectives which can be included in their sustainability reports.

A case in point
ClimatePartner supports a number of these vital social and environmental offset projects. In Vietnam, for example, small-scale biogas plants are supplied to households which take organic waste such as animal manure, and when fermented in sealed digesters, produces biogas which families use in cookers for water purification, cooking and for gas lamps. The project improves the health and social situation of those living in poverty by giving them access to clean and affordable energy. It also reduces the need for charcoal or firewood, so delivering the double benefits reducing CO2 emissions and counteracting massive deforestation. The collection and utilization of animal dung also improves sanitary conditions on farms and reduces groundwater pollution. And, as a by-product of the fermentation process, a natural fertilizer is created which is cheaper and better for the health of the soil than synthetic agents.

The hard to swallow facts
• 50% of the world’s habitable (ice- and desert-free) land is used for agriculture and accounts for 24% of food related emissions
• Crop production accounts for 27% of food emissions
• Livestock & fisheries account for 31% of food emissions
• 70% of global freshwater withdrawals are used for agriculture
• 78% of global ocean and freshwater pollution of waterways is caused by agriculture
• 94% of mammal biomass is livestock, outweighing wild animals by a factor of 15-to-1
• Of the 28,000 species evaluated to be threatened with extinction, agriculture and aquaculture is listed as a major threat to over 85% of them

Foods commonly wasted in the UK
• Salad, vegetable and fruit items make up 25% of edible household waste
• Discarded lettuce and strawberries are valued at £30 million per year (equating to 9% of strawberries and 19% of lettuces grown)
• Mitigating the 280 tonnes of poultry or 3.1 million glasses of milk wasted daily has an equitable impact on climate as planting over 6 million trees per annum
• Preventing the 4.4 million potatoes wasted every day equates to the effort of planting 5.4 million trees yearly

ClimatePartner
Emilien Hoet is Head of the UK division of ClimatePartner, a leading international climate consultancy. Emilien and his team are focused on helping food & beverage businesses to develop carbon strategies in support of net zero ambitions, by measuring, reducing, and offsetting their carbon emissions. Founded over 14 years ago, ClimatePartner is a fast growing solution provider that works with over 2700 companies and has offices in Germany, the UK, Switzerland and Austria.
For further information, please visit: www.climatepartner.com/en

Queensgate Investments has successfully completed a refinancing of two of its Generator Group lifestyle hotels in...

The Collective is kick-starting the New Year with the relaunch of its dairy-free yog pots, introducing...

The Hospitality Professionals Association (HOSPA) has launched a campaign to highlight and celebrate the wealth of...