Without the proper application of time and heat, the most exquisitely prepared steak is just a piece of raw meat. However, time and heat can also be food’s worst enemies, and in the foodservice industry, protecting food from these enemies is extremely important. Standing on the front line of that battle alongside the industry is Temptime Corp., the world leader in time-temperature indicators.

Sales Director Chris Caulfield says Temptime has perfected its core technology to the point at which it can produce miniaturized cumulative heat indicators that can be applied to individual food packages. Since the company was spun off Allied Chemical in 1987, Temptime has produced more than 3 billion indicators for customers worldwide. 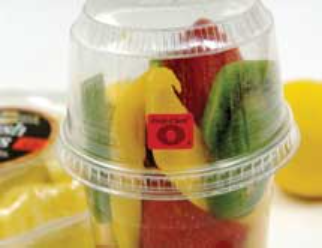 The company’s technology was developed in response to a request from the World Health Organization (WHO), which was concerned about shipments of polio vaccine being damaged by heat during shipping. Temptime created accurate, miniaturized indicators that could be mass-produced in a cost-effective manner and, within time, every major pharmaceutical company supplying vaccine to WHO was using Temptime indicators.

The pharmaceutical industry remains one of Temptime’s chief customer bases, but the company also has applied its products to the foodservice industry, developing indicators for packages that show whether or not food has been exposed to dangerous levels of heat or freeze.

Caulfield says the reason Temptime has become a market leader is because of how well it can meet the individual needs of its customers. First and foremost, he says, is the fact that the technology platform is tuneable, making it easy to customize and mass-produce.

Temptime can realize its customers’ requests because of its extensive R&D capabilities. Caulfield says the company’s manufacturing facility has a number of in-house experts in areas such as freezing technology, polymer technology and adhesives. “We leverage all that expertise to develop products for the broader foodservice market or for specific customer needs,” he says.

Most recently, the company developed a line of freeze monitoring devices meant for shipments of products that can be damaged by freezing temperatures. Previously, customers had to rely on electronic indicators that were only cost-effective when monitoring an entire shipment. “We found that people have expressed the desire to know if a heat or freeze event had happened, but up until this point they didn’t really have a cost-effective method of determining that,” Caulfield says, noting that Temptime’s shipping indicators typically cost customers less than a dollar per indicator.

Also working to Temptime’s advantage is the fact that its technology is simple for the end-user. The company’s indicators feature a visual signal, identified when the active surface changes color, when exposed to too much heat or if it is frozen. The shipping indicators are printed with communication charts allowing customers to compare the active indicator to the legend and determine whether or not the product has been compromised. “Because it’s a visual technology, it allows point of use decision making. Therefore, productivity is maintained at a high rate because the end-user is not constrained by the time required to download data,” Caulfield says.

At the Right Time

Being cost-effective, accurate, and easy-to-use for the foodservice industry are three significant advantages for Temptime, especially as the recession has presented many of its customers with challenges. Caulfield says the company has been sensitive to the economic climate during the recession while still remaining receptive to what its customers’ needs are.

Caulfield says he believes Temptime’s products will be in even greater demand in the near future as the foodservice industry seeks to find reliable and effective technologies to further protect the public’s health.

“I think the food service industry has been seeking effective technologies to address the food safety focus of the current administration and the associated legislation. This is an area where we’re really able to leverage our knowledge and expertise by bringing point of use time-temperature monitoring solutions,” he says.