Back to Profile Gallery > A.J.’s Produce 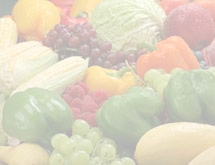 Selling fresh produce runs in Angelo Benandi’s family. His father used to bring fresh produce such as watermelons and pumpkins from his family farm to sell at New Orleans’ French Market, and that’s where he got his first taste of the produce business. After many years of helping his father sell produce in the French Market, Benandi went into business for himself, establishing A.J.’s Produce Co. Inc. in 1983 as a wholesaler of fruits and vegetables.

Today, A.J.’s Produce is marking its 30th anniversary as one of New Orleans’ most successful family produce wholesalers. “We try to take care of the customers with service, quality and then price,” Benandi says.

A.J.’s Produce sells a full line of fruits and vegetables, primarily staples such as tomatoes, lettuce, apples and bananas, although Benandi says the company frequently provides specialty items. The company sources its produce from farms in California, Florida, Idaho, Colorado, Texas and Mexico. Its customer base includes many local restaurants, catering services and schools.

Although the company faces heavy competition and the residual effects of the recession, Benandi says A.J.’s Produce has the pieces in place to continue serving its customers. With the next generation of family leadership already learning the ropes inside the company, A.J.’s Produce aims to provide the same level of service it has become known for.

Customer Service
Benandi says the philosophy of A.J.’s Produce is not complicated, but it has served the company well over the past 30 years. Simply put, treating everyone fairly is the key to success, he says. The company has many long-term relationships with its suppliers across the country, and that’s thanks to its dedication to paying bills on time. “The best way to keep a good relationship with [suppliers] is to pay them on time, and you have to be fair with them,” Benandi explains. “That’s the main thing with any kind of business, really.”

When it comes to customer service, A.J.’s Produce follows the same general principle. Benandi says the company strives to provide customers with the best service possible and keep them satisfied no matter what. “We’re open seven days a week, and we try to service our customers and if they forgot something or run out of something, they’ll call us and we’ll run it out to them,” he says. “If they call back three times, we don’t get angry with them – we just say we’ll take care of it for them.”

Offering that level of service comes with a price, however, and managing it has been one of the company’s greatest challenges. “If you’re going to give good service and really good quality, you have to buy the better stuff and it costs more,” Benandi says.

Fluctuating produce prices make it difficult for A.J.’s Produce to predict where its costs will be very far into the future, and the rising costs of fuel make ¬¬transporting that produce more expensive as time goes on. “You’ve got to be on your toes all the time,” Benandi says.

Also complicating things has been the recession and its impact on New Orleans’ tourism industry. “If the tourists don’t come here, then the restaurants and the hotels don’t do anything,” Benandi says.

Standing Strong
Benandi says A.J.’s Produce is determined to continue serving its customers in the manner to which they are accustomed. The company is establishing online ordering through its new website. “[This] will help ease the customers’ ability to get their stuff in without a lot of mistakes,” Benandi says. “If they do it online, they’re looking right at it and can just check whatever they want.”

Benandi says the company also is looking into hiring salespeople, with the hope that a salesforce will help it reach new customers.

Although the company has a proven track record of success in the New Orleans market, Benandi admits he can’t predict the future of A.J.’s Produce aside from saying the company will continue to hold true to its strong principles.

“It’s hard to look into the future right now because you don’t know what’s going to happen,” he says.