Back to Profile Gallery > American Eagle 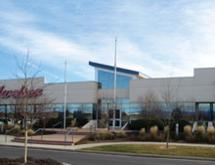 President Jerry Helgeson broke into the industry in Greeley, Colo., 34 years ago for just $5,000 before growing his distribution empire into a $60 million conglomerate that covers about 18,000 square miles with 3.6 million to 3.8 million cases sold annually.

American Eagle is calling on those aggressive business instincts once again as it starts a new decade on a new frontier with claims to stake – the World Wide Web. Leveraging its proximity to two major colleges – the University of Northern Colorado and Colorado State University – the company is launching an Internet marketing campaign to create more direct interaction with its contemporary adult consumers in an attempt to grab even more market share among the coveted 21-to-35-year-old demographic.

General Manager Fred Liske says American Eagle launched its social media initiatives in February 2010 to better reach this key audience. When consumers search for “Northern Colorado Budweiser” or “Northern Colorado Monster,” Facebook fans and Twitter followers can track down a bevy of promotions for discounts and specials at the company’s retailers.

“If we have scheduled our ‘Contemporary Marketing Team’ to do promotions at bars that cater to the target demographic, we can notify members on Facebook or Twitter about them,” Liske says. “It’s a better way for us to partner with the retailer by adding value to their retail customer through social media.”

The goal is to use these outlets to give consumers a way to follow local promotions and events, win prizes and even ask questions of local ABI Brew Masters. The company also will use these outlets to build knowledge of its brands and bring national marketing campaigns to the local level. For example, with the NCAA college basketball tournaments starting in March, American Eagle will use its Facebook and Twitter pages to inform customers where the promotions will be throughout its region.

To execute this, Liske says American Eagle has partnered with an external social media consultant.

Aside from getting suds to eager consumers throughout its region, American Eagle makes strides in preparing its retailers and the industry as a whole for a better future. American Eagle launched a category management program in mid-2009 with the goal of acting as a collaborator with its retail base while eliminating the sometimes adversarial nature of relationships that currently exist.

The category management program creates an exchange of information, data and joint business building, according to Liske. “We see where retailers really need help and we become more of a collaborative partner in growing sales and profits” he says. “It’s about how you manage space, what your margins are, and inventory costs – they all work in tandem.”

This is especially important for American Eagle’s distribution base because the company primarily works with independent retailers that often do not have the resources to analyze this information. “Once we had one or two retailers bite and we used them as examples, others bought in,” Liske says. “Now, we’re starting to see the steamroller effect and more and more people are jumping onboard.”

American Eagle also is playing a role in the future of the beverage distribution industry. Starting with the 2010-11 academic year, Colorado State University will potentially offer a master’s of business administration in brewing operations and distribution management.

One of the first programs of its kind in the country, American Eagle helped develop the curriculum for the degree.

American Eagle says this is another way to ensure it has the best employees. “Part of the reason we’re so close to the university is because we want to continue to raise the bar by having the best people in the company,” Liske says. “It’s all about our people, but it also helps the industry as a whole.”