Back to Profile Gallery > Angostura 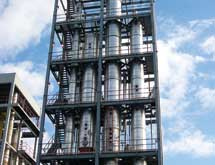 When a brand seeks to achieve household-name status, there isn’t a specific blueprint to follow. There are countless brands to emulate like Coca-Cola and Tabasco, but when does a company officially make the transition from category leader to the industry standard?

If Angostura isn’t the brand most associated with bitters, it sure is the closest one to it. Between the name’s recognition factor, a history steeped in tradition and its considerable market share throughout the world, Angostura is to bitters what A1 is to steak sauce and Morton is to table salt.

And According to Alex Thomas, senior manager of exports for Angostura, the company is ready to accept that lofty status.

“Personally, I would like to see Angostura® aromatic bitters be to bartenders what brands like Coke and Pepsi represent to everyone,” he says. “We will continue to expand and make an iconic reach that will revolutionize the cocktail industry. We want it to be one of the most-loved ingredients in the bar and in the kitchen.”

Angostura certainly has plenty of credibility to transition to this next level in the beverage sector. The company’s history dates back to 1824 and, today, Angostura is distributed to more than 140 countries, boasting the United States, Australia and the United Kingdom as its largest markets.

Angostura recently penetrated India as well, and Thomas says the country has the potential to become one of the company’s largest markets. Along with official distribution networks in these regions, Thomas says Angostura can be found in numerous countries without official representation as consumers take it upon themselves to share the bitters.

Dr. Johann Gottlieb Benjamin Siegert is the man who first mixed the elixir that would become Angostura® aromatic bitters. Siegert left his homeland of Germany in 1820 for Venezuela to join Simon Bolivar in his fight against Spanish occupation. Siegert was appointed surgeon-general of the military hospital in the town of Angostura.

In 1824, while searching for a cure for the severe fevers and stomach disorders the soldiers endured during battle, Siegert concocted a blend of herbs he called “armargo aromatico,” or aromatic bitters.

After testing the blend’s affects on the patients as well as family and friends, Siegert moved on to the seamen at the ports who complained of seasickness when docking on the banks of the Orinoco River. Word about Angostura® aromatic bitters soon spread throughout the world, inspiring Siegert to explore commercial production of his formula.

In 1830, Siegert began exporting his bitters to England and Trinidad and by 1850 he had resigned from the Venezuelan army to concentrate on the manufacture of his bitters. Siegert’s son Carlos joined the business in 1867 and took over when Siegert died in 1870. Carlos’ brother Alfredo joined the company in 1872 and it was renamed Dr. J.G.B. Siegert & Hijos.

The pair moved operations to Trinidad to escape the political unrest that beset Venezuela. Carlos Siegert took the torch from his father and began exhibiting the product in person as early as 1862, starting in London where it was applauded with gin, making the popular drink “Pink Gin.” He then moved on to Paris in 1867, Vienna in 1873, Philadelphia in 1876 and Australia in 1879.

It was during this time that the use of bitters expanded into the realm of drinks and food. The unique flavors possessed by Angostura® aromatic bitters, as well as its uncanny ability to marry and complement ingredients in food and cocktail recipes made it universally popular, the company says.

In fact, much of the history of the “cocktail culture” in the United States is rooted in the history of Angostura® aromatic bitters. Jerry Thomas, often revered as “the Father of American Mixology” coined the first published definition of the cocktail as “a stimulating liquor, composed of spirits of any kind, sugar, water and bitters,” according to Angostura. Angostura® aromatic bitters quickly became the bitters of choice to qualify that definition.

Although Angostura’s bitters have been around for more than 180 years, the elixir itself remains unknown amongst even some of the most experienced consumers. There still exists a general lack of knowledge about what the product is used for and how to use it.

“Bitters is such a mysterious product, many anecdotes have been created about it over the years” Thomas says. “It creates quite a bit of a story.”

The name “Angostura” actually comes from the town in Venezuela where it was first developed. It’s amusing that even today people still mispronounce the name, Thomas says.

Angostura must educate the masses on how to best use bitters in food and drink recipes. Thomas says consumers are afraid to use bitters liberally, so the company has launched a campaign to teach the basics of how to use bitters properly. Angostura® aromatic bitters naturally enhances the flavors of ingredients in cocktails and meals alike, as well as, adding its own deep and complex flavor. “We’re doing a lot around education on bitters,” he says. “We’re doing a lot of analysis on what bitters can best be paired with and the actual product’s features and functions. We often refer to the project as the science of bitters.” One way the company will get the word out is through an interactive website that will be launched later in 2011.

The Advancement of Rum

Although the Siegert family made Angostura famous for its bitters, they brought plenty of rum-making experience with them when they relocated operations to Trinidad. The company once produced the signature blend called Siegert’s Bouguet Rum, which was infused with bitters.

By 1900, the company had entered the rum market by bottling bulk rum from other distillers. After years of intensive research in fermentation and distillation, Angostura purchased Trinidad Distiller’s Ltd. and installed a state-of-the art distillery in 1945 to produce rum on a commercial scale. By 1960, the rebranded Angostura Ltd. rum division was distributing product in more than 140 countries.

In 1973, the company extended its reach in the rum market by purchasing a well-known distillery owned by the Portuguese businessman, J.B. Fernandes. This acquisition added to its rum portfolio such traditional brands as Fernandes Vat 19, Fernandes Black Label and Ferdi’s Premium rum.

Angostura® 1824 and Angostura® 1919 have been available globally for the last decade. However, the Reserva, Five Year Old and Seven Year Old varieties only have been in existence for approximately more than three years ago and are now available in 50 markets.

Pushing the rum portfolio is a major part of Angostura’s overall plans for growth. The United States remains one of its fastest-growing markets for its rum products.

“We have had a presence in the United States for a very long time – probably as far back as when the company started,” Thomas says. “Many Trinidadians have migrated to the United States over the many years and for this reason our traditional rums remain very popular in such states as Florida and New York.

“Initially, the demand in the United States for our rum products was driven by our traditional rums,” he adds. “It was a natural evolution from these traditional rums to the premium, aged offerings which now exist.”

Thomas says the originality of the rums is a major draw to Angostura’s products. Trinidadian rum, according to Thomas, is steeped in history and is of a higher quality. Today, Thomas says Angostura possibly accounts for almost 10 percent of the world demand for aged rum.

“The quality of rum is very much more of a high standard compared to other countries,” he says. “In fact, we are one of the largest bulk suppliers of aged Caribbean rum in the world.”

Angostura possesses the largest distillery in the entire English-speaking Caribbean with a distillation capacity of 50 million liters annually.

Angostura hopes to become one of the major players in the global rum category over the next five to 10 years, Thomas says. “We’re well-respected for the quality of our rums, and we have many independent contracts with many major players in various markets around the world,” he adds. “We want to extend that respect alongside our branded rum efforts.”

With the world economy experiencing a recession, many consumers are taking a closer look at their social budgets, and that includes what they spend on alcohol. While other spirit brands may lower price points to cater to this new reality, Thomas says Angostura remains dedicated to its premium status and customers will find a way to appreciate the quality of its rums despite the economic climate.

“I think the world economy presents a lot of challenges for premium products at the moment,” Thomas says. “The race we are in is for premium-quality aged rums. There is not much market for standard rums, and a lot of markets are still dominated by local standard brands.”

Despite the dip in the global economy in late 2008, Angostura remained committed to essential brand building activities, and ensured in this way that there was never a loss of attention to their brands.

“One of the lessons we’ve learned is, even in tough times, it pays to be active,” Thomas explains. “We don’t discount, rather we create value for our consumers and customers through attractive rewards for purchasing our products.”

However, with the economy showing signs of recovery recently, the demand for premium rum is coming back.

“What we see now, though, is some sort of normalcy, and a lot of consumers are resuming a willingness to experiment,” Thomas believes. “That puts us at an advantage as one of the newer brands with a good package and a good product.”

Contestants were charged with creating two original cocktails, both of which featured Angostura® aromatic bitters as an ingredient. One of the cocktails had to use Angostura rum, while the second was “freestyle,” where the competitor could choose and combination of ingredients along with bitters. The nine finalists from around the world competed for a grand prize of $10,000 and a year-long contract as Angostura’s global brand ambassador.

The finalists of the competition were flown to Trinidad in March 2011 for the championship round and while in town, the bartenders were treated to tours of the bitters museum, the rum distillery and the unique experience of participating in Trinidad’s famous Carnival parades, the company says.

This year’s winner is Andy Griffiths, a New Zealand native who works at the famous bar Cookie in Melbourne, Australia. According to Angostura, Griffiths created “The Scarlet Ibis” and the “Orinoco Flip.”

Thomas says the competition not only brings attention of Angostura’s products to the consumers, but to the chefs and bartenders who might use the products in their own creations. It also shows this segment of their core audience that Angostura is interested in how its bitters and rums affect their business.

“The competition creates a role for us in their lives,” he adds. “We want to not just be seen as functional, but we want to play a role in the lives of our audience, bartenders and cooks.”