Back to Profile Gallery > Antigua Distillery 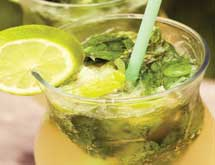 Success is in the details when it comes to liquor. The right combination of ingredients and conditions is absolutely essential to ensuring the highest quality product, and the tiniest variation to any part of the formula can create a completely different spirit. Managing Director Anthony Bento says the company’s recipes, which have been refined and improved upon since the 19th century, are a substantial portion of Antigua Distillery’s lifeblood.

However, other factors have contributed to the company’s success, as well. Although some of them are an inherent feature of the company’s location in Antigua, others have to do with the company’s willingness to take extra steps its competitors don’t.

The company’s history is essentially the history of rum production in Antigua. Individual estate owners produced their own rum on the island beginning in the early 19th century.

By the dawn of the 20th century, many of these estate owners had given way to rum shops that produced their own blends based on the original recipes. In 1932, several rum shops in Antigua joined forces to become Antigua Distillery.

In the company’s early days, it produced three varieties of rum. Orig­inally, these were darker, full-bodied rums that appealed to the taste at the time. The source of Antigua Distillery’s flavor and body was a unique type of molasses produced from a distinct sugar known as Muscovado. This was the foundation of the company’s first bottled product, Cavalier Muscovado Rum, which first hit the market in the early 1950s. Tastes changed, however, and consumers began to prefer lighter-bodied spirits. This led to the development of Antigua Distillery’s signature product, Cavalier Antigua Rum.

Today, Antigua Distillery is one of the leading distillers of fine rums in the Leeward Islands. Additionally, its products can be found around the world in markets such as the United States, Canada, Germany and the United Kingdom.

Bento says Antigua Distillery prides itself on the quality of its products. The company aims its products not to the mass market, where the larger brands hold all the influence, but on the discerning rum drinker who values quality products. “Our product is of a reasonably high quality,” Bento says. “We view ourselves as a niche brand, and we position ourselves as a niche brand.”

The company’s rum is set apart in the marketplace not only because of the company’s size, but also because of the care and effort that goes into producing it. Bento says Antigua Distillery distills its rum in copper stills, just as it was done more than a century ago. Al­though many distillers have switched to more modern stills to save money and increase production, Antigua Distillery believes the old methods produce the best rum. Bento says the company also benefits from the drier climate in Antigua, which helps age the rum faster than in more humid regions of the Caribbean.

Despite the quality of its products and the numerous international awards they have received, Antigua Distillery still faces barriers to the market due to the level of competition. “It is a crowded market,” Bento says. “The biggest challenge obviously is our size and our ability to support our brands in the international markets.”

Fortunately for the company, rum is on the rise around the world. This is especially true in Europe, where it is becoming a mainstream liquor after dec­ades of dominance by vodka and other spirits. As the demand for rum rises, the importance of authenticity becomes a greater factor in consumers’ spending habits, as well. Bento says the demand for premium alternatives is sure to rise as consumers begin looking for better rums.

“We’re hoping the rum market will continue to grow and thereby allow us more routes to market for brands such as ours,” he says.