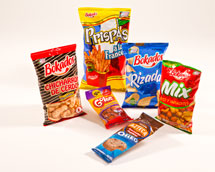 When it comes to consumer tastes throughout Mexico and the rest of Latin America, it’s difficult to top the combined knowledge and experience found at Arca Continental. Based in Monterrey, Mexico, the newly formed company, born from the merger between Coca-Cola regional bottlers and distributors Embotelladoras Arca and Grupo Continental, now stands as the second largest distributor of the soft drink producer’s portfolio of brands in Latin America, as well as the fourth-largest in the world.

The Arca Continental merger, which was completed in June 2011, was perceived as a “game-changer” in the Latin American beverage industry, according to Director of Investor Relations Ulises Fernandez de Lara says.

“The entire premise and strategic rationale behind the transaction was the unique opportunity to join and integrate two best-in-class franchises,” Fernandez de Lara states. “By consolidating our contiguous territories, we are achieving significant operating efficiencies, as well as enhanced purchasing and distribution capabilities.”

A Perfect Match
According to Fernandez de Lara, these companies perfectly complemented each other for a merger of this magnitude. Embotelladoras Arca and Grupo Continental had built solid reputations in the beverage industry and gained vast experience as individual entities on their own with origins dating back to the 1920s.

“There is significant synergy potential based on the track records of both companies,” Fernandez de Lara says. “Each had experienced management teams that brought the best practices to the table, with significant balance sheet strength that brings the financial flexibility to analyze additional growth opportunities.”

In its 2011 annual report, Arca Continental identified five main areas where it could leverage important synergies: raw material procurement; innovation in packaging processes and technologies; optimization of the supply chain and transportation; administrative efficiency; and areas of opportunity to expand sales.

U.S. Penetration
One of the key areas that Arca Continental has focused on to grow its revenues is the exporting of certain products to the United States. These specialty products include snacks and beverages that Latin American immigrants in the United States consumed before leaving their homeland, thus naming this project “Nostalgia.”

“This is a market we’ve targeted for some time,” Fernandez de Lara says. “There is a growing number of Hispanics migrating from Mexico to the U.S., and they seek familiar products and brands they consumed back home.”

The company’s leading product in the U.S. market is its Topo Chico brand of mineral water. According to Angel Flores, director of Interex Corp. – Arca Continental’s U.S. distribution arm – although Topo Chico has been in the United States since 1987, the company has expanded aggressively in the last three years.

Flores says that due to its presence in regions with the highest concentration of Hispanics such as Florida, Georgia, North Carolina, the West Coast and Texas, where it has enjoyed a successful run for the last 10 years, the brand boasts 77.4 percent market share within the Mexican imported mineral water industry, up two percentage points since 2011. In Dallas, that number jumps to 93.9 percent, and in Houston it’s 95.9 percent.

The company hopes its success will go beyond the Hispanic market and cross over into the mainstream demographic. Flores says that trend is already happening in Southern Texas, where the brand has 63 percent market share in the mainstream demographic. The company is specifically targeting convenience stores where its sales are up 50 percent since 2010, including 37 percent on the West Coast alone since 2011.

“What differentiates Topo Chico from other mineral waters is stated in our motto: ‘Bottled from the same source since 1885,’ and this resonates strongly with consumers everywhere,” Flores says. “We export a large number of SKUs with over 13 SKUs of Topo Chico alone – and we work very closely with retailers to continue to grow and meet the needs of consumers.”

Knack for Snacks
Along with its mineral water brand, Arca Continental is focused on growing its share of the U.S. market through its snack brand Bokados. Products sold in the U.S. under this brand include peanuts, seeds, nuts, corn chips, tortilla chips, potato flour puffs, potato chips, pork rinds and wheat flour puffs. In 2011, Arca Continental acquired Señor Snacks, which helped leverage its growth in Southern California.

“This was a win-win situation whereby we brought a lot to the table in terms of product R&D, and they in turn helped us leverage their snack routes,” Flores says.

Bokados has been under Arca’s control for about five years. In that timeframe, Bokados has doubled in size and expanded its geographic reach.

While navigating the successful growth patterns of the Bokados snack line, the company identified regional consumption patterns and demands that mirrored each other in the United States and Mexico.

Due to proximity, Mexican migrants from the same regions tend to settle in clusters within the United States. For instance, in California, many immigrants come from the Mexican state of Jalisco. As these communities form in the United States, similar tastes from their home regions create a demand in the market.

This demographic expertise was widespread at Señor Snacks and was exactly what Arca and Interex were missing as they tried to penetrate the U.S. market. The merger with Señor Snacks has bridged that gap.

“We have the knowledge and the information for which kind of snacks are preferred in every state of Mexico, therefore we now can identify where each of these products should be in the United States,” Flores says. “We believe we can take this huge potential abroad, particularly with our beverage and Topo Chico product lines.”

“When we merged both companies, it was quite positive for Bokados as well because of the exchange of customer information,” Flores adds. “There are several markets and synergies to continue exploring. These represent new growth opportunities that weren’t readily available before the merger.”

Adjusting to the States
Although the respective histories of the companies that merged to form Arca Continental revolve around serving a nation that accounts for 13 percent of Coca-Cola’s worldwide volume despite representing just 1.6 percent of the world’s population, Mexico and the United States require different strategies to thrive. This is particularly true for distribution channels and packaging.

In Mexico, Fernandez de Lara says, almost 60 percent of Arca Continental’s volume is sold through traditional mom-and-pop outlets, with the remaining stemming from convenience stores and supermarkets. Also, the packaging most popular in Mexico is a mix of returnable presentations, with glass representing 36 percent of the mix.

In the United States, however, multiple-serving packages like 1-, 2- and 3-liter bottles reign supreme in the carbonated beverage category. In addition, the largest portion of sales volumes stem from large grocery stores, typically chain units.

“Those are the dynamics we have to adapt to,” Fernandez de Lara says. “Not only are there preferences for cola vs. still beverages, but also whether we need to make it returnable and what serving size will yield the best results, as well.”

Sustainability Efforts
Long before the merger that created Arca Continental was finalized, both companies exhibited an unwavering dedication to sustainable operations and social responsibility. Today, the new company is spreading this model across all of its facilities and within the communities in which it operates.

“After consolidating the historic merger, we began a process of integration that included the standardization of our social responsibility and sustainability model, deploying it across all our workplaces, in keeping with the broader scope of every area of the organization,” according to Guillermo Garza, Arca Continental’s corporate communications and social responsibility director.

In terms of protecting the environment, Arca Continental has worked with communities to identify areas of Mexico to prevent water decantation by planting more than 3 million trees in 2011. Arca Continental also has built spaces in public schools to promote physical activity among students and faculty alike.

The industry is taking notice of these efforts as well. In December 2011, Arca Continental was selected to become part of the Mexican Stock Exchange’s (BMV) Sustainability and Social Responsibility Index.

According to the company, the sustainability index includes companies listed on the BMV that incorporate best international practices with regards to social responsibility, environmental management and corporate governance based on an independent evaluation undertaken by the rating firm Empowering Responsible Investment and the Center of Excellence for Corporate Governance of Universidad Anahuac del Sur.

Arca Continental was also selected as part of the Transparency in Sustainability Index by the Centre for Institutional Governance at the Instituto Panamericano de Alta Direccion de Empresa in conjunction with Social Management and Cooperation. This institute analyzes areas such as corporate governance, strategic vision, relationships with interest groups, management and communications that include measurable indicators related to the integral incorporation and reporting of the organization’s sustainable practices.

“To be part of these indices is a great honor and reaffirms Arca Continental’s conviction to continue consolidating the company’s social responsibility and sustainability model, in addition to strengthening Arca Continental in all facets to continue creating value for consumers and clients, as well as our employees, shareholders and the communities where we are present,” CEO Francisco Garza Egloff stated.