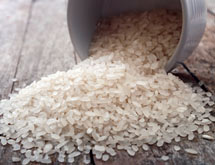 Since 1975, Arrocera Los Corrales S.A. (ALCSA) has been manufacturing rice and oatmeal products with a mission statement that aims to provide “high-quality” foods, “excellent service” and to “continue to improve [its] process.” As the largest rice miller in Guatemala, ALCSA is a leader in its industry and sells its products throughout Central America, Dominican Republic and the United States. It describes itself as being “on the cutting-edge of technology, with fine manufacturing practices and a passion for service and quality.”

In addition to being an authorized vendor for Nestle and other reputable food companies, ALCSA produces its own line of products. These include well-known rice brands such as Gallo Dorado, Sunrice, Azteca, Macarena, El Molinero and Arrosal. ALCA’s oatmeal brand, Campo Rico, is one of the most recognized in Guatemala.

Rice Advocate
ALCSA is a huge promoter of the rice market in Guatemala and has partnered in the past with USA Rice Federation on a program to increase per-capita rice consumption. Their strategy has been to target the foodservice sector and higher-income consumers. ALCSA believes so strongly in this program that it funded 15 percent of the total promotion budget.

According to the Latin American Fund for Irrigated Rice (“FLAR” for its Spanish acronym), “rice is a relatively new crop in Latin America and the Caribbean.” Although it was introduced to the area by Spanish colonists in the 16th century, rice didn’t become a staple there until the 20th century.

Since then, rice has become “the most important food grain in most of the tropical areas” of Latin America and the Caribbean, according to a FLAR report. “It supplies more calories in people’s diets than wheat, maize, cassava, or potatoes, and is also the leading source of protein for the poorest 20 percent of the population … and provides an average of 27 percent of daily caloric intake [in those areas].”

ALCSA’s industry is a difficult one as rice production rises and falls depending on the weather. Industry growth was on a steady rise for years, averaging more than 250 percent growth from 1961 to 2009, according to a FLAR report.

Things changed in 2009. That year, the USA Rice Federation reported Guatemala as a “net importer of U.S. rice, averaging some 70,000 metric tons of rice imports annually – about 80 percent of the country’s total demand.”

Good Company
This year, Great Place to Work listed ALCSA as “one of the best companies to work for.” Each year, the website evaluates companies in 40 countries throughout the world. The assessment is based on employee feedback and company culture. Great Place to Work for Central America and Caribbean, supported by the Mexican Institute of Standardization, presented ALCSA as number 31 on the list. A business is measured by its “high level of productivity, improved business results and greater commitment and loyalty of its collaborators.”

ALCSA values community involvement. One activity the company is known for is Copa Campo Rico. Named for its Oatmeal line, the food manufacturer teamed up with Achik – (which means “Realizing Dreams” in Guatemala’s indigenous kaquchikel language) to organize a soccer tournament for 16 prestigious educational centers. Students between the ages of 8 and 11 were sponsored to play.