Back to Profile Gallery > B Roberts Foods 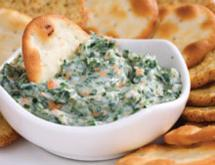 B Roberts Foods was formed in 1992 when the company was creating casseroles out of a home oven. Back then, the company was known as New Roberts and sold its casseroles to local grocery stores in the Charlotte, N.C., area. The company’s big break came in 1996 when it signed a contract with Harris Teeter, a regional grocery store chain serving North Carolina, South Carolina, Virginia, Georgia, Tennessee, Florida, Maryland, Delaware and Washington, D.C. “When we started our deal with Harris Teeter, we provided them with our signature casseroles, salads, mac and cheese, and coleslaw,” Vice President Sandy Berlin says.

In 2004, Robert Shore saw the potential of the small operation, bought the company and changed its name to B Roberts Foods. Shore, who previously ran a milk co-op, was familiar with the food industry and held a food science degree. He was looking for a financial partner and brought Berlin out of retirement in an equity position. “I was getting bored in retirement and I was looking for something to do with my time,” Berlin jokes. Today, B Roberts Foods supplies grocery store chains up and down the East Coast and the southeast region with its many hot and cold food offerings.

“We’re going to stay regional because our products are perishable,” Berlin explains. “We do offer some frozen products, but we just wouldn’t be able to provide the quality our customers demand of us and that we are committed to offering.”

As a supplier to Lowe’s Foods, Ingles Markets, Trader Joe’s, Harris Teeter and other grocery stores, B Roberts Foods has had to be innovative and crowd-pleasing with its offerings. Berlin breaks down the company’s offerings into seven programs: ready meals, wet salads, sandwich, dips, bases for wet salads, produce and hot bar. The ready meals are B Roberts Foods’ heat-and-eat offerings that include spaghetti and meatballs, meatloaf, various chicken dishes and other pasta meals that are packaged and ready to take home.

“We started this program in 2006 and it’s really taken off,” Berlin adds. “People want fresh, unique foods and it tastes pretty darn good,” he continues. “These days, people are really crunched for time and these meals allow them to eat a nutritious meal, but they don’t have to slave over a hot stove all day.”

The B Roberts Foods wet salads program consists of the company’s mayonnaise-based salads such as chicken, macaroni and other pasta salads. “This program works well in many of our customer’s locations, because most grocery stores already have the capacity to offer these products and they don’t need to add equipment,” Berlin says.

The sandwich program allows grocery stores to offer a deli station inside the store where B Roberts Foods provides all the meats and cheeses for customers to create their own sandwiches. “We have added the option to offer hot or toasted sub sandwiches to this program as those types of sandwiches have become quite popular in the last few years,” according to Berlin.

The dips program, Berlin says, consists of cream-based dips such as fried onion, salmon and dill, lemon artichoke, spicy bacon and cheddar and more. In fact, the company recently introduced a new line of pesto dips including a basil pesto and sun-dried tomato pesto among others.

“There was a demand for more than the average dip,” he says. “People’s tastes have become more sophisticated and by creating new dips, we have provided our customers with more options.” B Roberts Foods’ bases for wet salads program is where the grocery store adds its own protein. For instance, B Roberts Foods would provide the store with a mixture of chicken salad – minus the chicken, which the store would add.

“This program gives our customers more control over the amount of a particular salad they want to offer,” Berlin states. “If, for some reason, they sell more chicken salad on Tuesdays, they can control they amount of chicken salad they make on that particular day and not have leftover product or tell their customers they have sold out of a certain salad.”

The produce dip program involves dips created with produce such as spinach and artichoke. “With people having more sophisticated tastes theses days, the spinach and artichoke dips weren’t enough,” Berlin claims. “We developed a Mexican bean dip and even a high-end Carolina caviar dip. These have been very successful for us and for our customers.”

In fact, B Roberts food did that for Harris Teeter. “All of the products we provide for Harris Teeter are their proprietary items,” he adds. “We have worked very closely with them to develop their hot food program.”

B Roberts Foods has come a long way from that home oven. Not only has its product offerings increased, the company has grown exponentially. In fact, B Roberts Foods recently purchased a 97,000-square-foot facility to keep up with the demand.

“We’re over capacity at our current location,” Berlin explains. “We’ve been in this 24,000-square-foot facility for nine-and-a-half years and it’s just not big enough for us anymore. “We’ll only use about 70,000 square feet of the new facility, so we’ll have some room to expand someday down the line or sooner if we need to.”

“We don’t really give to charities as company,” Berlin explains. “Robert [Shore] and I have different causes that are near and dear to our hearts so we donate on our own.” Berlin makes regular charitable donations to a local homeless shelter in the area and the Mid-Atlantic chapter of the National Multiple Sclerosis Society in Charlotte.

The future looks bright for B Roberts Foods as it prepares to move to its new facility. “The new plant will allow us to start our new conceived frozen programs,” Berlin explains. “We’re going to be offering frozen, ready-to-cook meals people can cook at home. The protein, such as a chicken breasts, is an added value, because these will be at a lower price point.”

Basically, he says, these new products will be single-serving dishes such as chicken Parmesan or meatloaf that customers can prepare at home at their leisure. These products will be offered at lower prices, he adds, due to the fact they can be stored for longer.

Also on tap for B Roberts Foods are a grilled food program and a fresh artisan pizza offering. “These won’t be your everyday pizzas,” Berlin hints. “We’re talking about gourmet pizzas that will be better than most delivery options.” The company will have the typical pizza toppings such as Italian sausage and pepperoni, but also will offer more upscale and unique toppings like grilled chicken and pineapple. The grilled food program the company is planning will mostly consist of grilled chicken dishes, but Berlin hasn’t ruled out providing steaks or even hamburger offerings.

Between the new products and the old standards, B Roberts Foods has created quite the fresh and frozen food empire in the southeast. In fact, Berlin says the company has got to place where it can pick and choose who its customers are. “We really have our hands full,” Berlin explains. “We really don’t need to solicit any more customers. Now, we’re able to choose who we want to work with.”

However, Berlin admits that expansion is not out of the question. “I wouldn’t rule it out,” he says of expansion. “But it would probably take a contract with a 200-location grocery store chain for us to open a new plant.”