Back to Profile Gallery > Balboa Brands 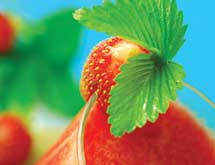 For Balboa Brands, it is not only important to deliver food products that improve the well being of consumers, but also ones that are appetizing, CEO Frank Easterbrook says. “We’re trying to build a product that is very healthful and tastes great,” he says. Based in Irvine, Calif., Balboa Brands manages two franchise concepts: Juice It Up!, which sells smoothies and juices, and its Juice It Up Frozen Yogurt concept. The company was formed, Easterbrook notes, from the merger of Juice It Up! and Blue Sky Juice in 1999.

Easterbrook purchased Balboa Brands in 2001. Today, the company employs a staff of 62 and has 100 store locations. “Twenty percent of our locations are co-branded with the frozen yogurt and Juice It Up! smoothies and juices,” he says.

“We sell very healthy juices that are made on site,” he says. “In addition to the co-branded juice/yogurt sites, we have just begun the development of our stand-alone yogurt stores.”

Although Balboa Brands has frozen yogurt competitors with more than 150 stores, “Our focus will be on steady growth in high quality locations, as opposed to rapid growth,” according to Easterbrook. “[We want to avoid] the possible ex­pense of putting stores in bad locations.”

When aiming for customers, Balboa Brands usually targets those who are looking for health–conscious products.

“We focus on an 18- to 30-year-old customer,” Easterbrook says. “Our advertising is geared towards a more edgy, younger group.”

A longtime veteran of the food industry, Easterbrook’s career began at Ralston Purina, where he stayed for seven years, before joining Mars Inc. There, he worked in the firm’s candy, pet food and rice divisions.

“I’ve been in food for virtually all my life,” he says, noting that he sees potential in the continued development of Balboa Brands. “I think consumers will continue to demand products that represent better food choices for them. We’ve been conscientious in modifying our recipes to manage the caloric density downward but to maintain the same quality we’ve always had.”

He adds that he is proud of the company’s staff, which helped Balboa Brands survive the economic crisis. “Our staff has been extremely loyal and supportive,” he says. “I can’t speak highly enough of them.

“For example, early in the recession, our team recognized that other sources were available to help us with advertising, a key activity in a recession, and we found a vendor who provided substantial financial support for advertising; Additionally, lease rates were out-of-line with our financial model, [and] our finance manager led the charge very early on to re-negotiate rates and keep stores going.”

Easterbrook says he is particularly proud of Balboa Brand’s Delightful Blends line, which are low calorie smoothies that the company launched in 2010. In the smoothies, “We use ingredients that are superior to many [of our competitors] in the marketplace,” he says.

“For instance, we stay away from the artificial sweeteners like aspartame, sucrose [or] sorbitol,” he says. “We use our proprietary low-calorie natural sweetening system.”

Balboa Brands is seeing increased com­petition in its market, Easterbrook says. “There’s a lot of competition com­­ing into the smoothie segment from McDonald’s and Jack in the Box,” he says. “Starbucks has a seasonal smoothie.”

But Balboa Brands is coping by emphasizing the high quality of its products. “We try to differentiate ourselves with the fresh ingredients we use and we keep a keen focus on product quality and I don’t believe in cutting corners,” he says.

Although it experienced growth this year, Balboa Brands plans to increase its number of locations even further, Easterbrook says.

“We are targeting to add 10 stores this year and forecasting six percent increase in same-store sales,” he says. “We’ve experienced excellent fourth quarter same-store year-over-year growth in the past four months.”

Balboa Brands says the company’s same-stores sales have increased by 9 percent in the last four months, and Easterbrook predicts this trend will continue in 2011.

Additionally, “We’re in the process of adding two senior positions in – operations and business development,” he says, noting that the company also will continue promoting the items it introduced in 2010.