Back to Profile Gallery > Bisca

Having established a strong position within its core markets, Danish snack producer Bisca is focused on expanding not only its product range, but also its global footprint

It is more than 125 years since the Volf family made the first cakes and cookies at their homestead in Hellerup, Denmark, under the name of Karen Volf. Over the years the name Karen Volf has been added to more delicacies throughout Scandinavia. 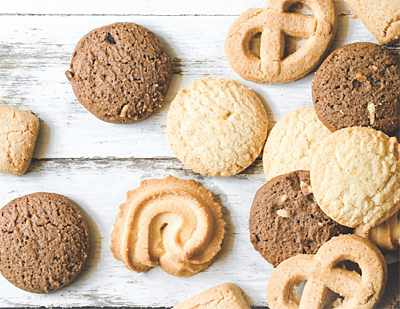 One area where Bisca particularly prides itself is in the consistent quality that it delivers to its customers. Operating under BRC and IFS accredited procedures, the company’s attention to quality production goes beyond simply following guidelines, and manifests itself in a culture that sees quality as a natural part of production. The same focus can be applied to its approach to sourcing quality ingredients that takes precedence alongside a responsible strategy. “One of the latest actions we have taken is moving from caged chicken eggs to freerange eggs,” the CEO, Michael Møller Jensen previously said in FoodChain. “We feel that it is important for us to move in a direction where we can take responsibility for the quality of our supply chain and also food safety.” Today many of its recipes are still dating back to when it all began because of their exceptional quality. In some countries Danish Butter Cookies are considered to be one of the finest and most delicious hostess gifts to take to a party.

“Our strength is that we are sufficiently large enough to have cost efficient production in order to compete with some of the major players in the industry, yet at the same time are small enough to operate w

ith a flexibility and agility that they cannot match,” said Michael. “We are placed right in the middle where we can compete on price and are still able to do short production runs and bring new products to market quickly.”

Such a competitive agility puts Bisca in a particularly strong position in the current market where consumers and retailers remain keenly focused on price, but where there is growing room for new opportunities. “Right now it’s a very competitive market as the markets emerge from a recession and consumers are looking closely at prices,” Michael continued previously: “This makes it very challenging to find the resources to put into innovation and product development. Consumers prefer cheaper products at the moment instead of higher quality, innovative offerings.” However, despite this he did note that over recent months consumer spending had started to increase and Bisca’s ability to react effectively would be put into practice as it released a new range of organic products.

The launch begins with an organic biscuit range to assess consumer response before expanding into its cake range, according to initial success. However, Michael expressed his interest in seeing just how well organic products are received in what is predominantly a non-essential sector. “This is going to be our first step into the organic movement and we want to examine to what extent our consumers are prepared to buy organic and whether they are prepared to pay that little bit extra for it,” he noted. “If we do see a willingness here then we will be looking at expanding this across the range.

Innovation
“We always approach product development through market trend analysis, which we gather from trade fairs and customer engagement, and then use our in-house innovation team to develop new products in line with this,” Michael said. “We know that there is an increasing trend for organic products in the market and we are excited to see how consumers will respond to this entry within this particular sector.”

Throughout its history, Bisca has successfully established itself as a key player in its core Scandinavian markets, with the majority of its turnover coming from the retail sector here. “As we look ahead we are in the process of expanding our focus to look at the wider European and Chinese export markets,” explained Michael.

“With this in mind, over the coming years we want to have built a business where we are a clear market leader with a strong brand, which includes a robust organic range within our key markets,” Michael concluded as he looked ahead. “In terms of export we hope to have established a stable and growing business in new markets as well as having a presence in China.”

In addition to growing export the strategic vision will also be focused on continuing to launch new product developments in order to increase its share of existing markets.