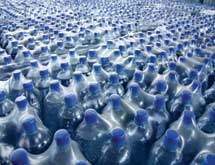 Some combinations are classic – like peanut butter and jelly, spaghetti and meatballs, or a cheeseburger and fries. Other pairings, like the recent merger between Brook & Whittle Ltd. and the Packstar Group, have the potential to be classic. By combining the experience and expertise each company has in the packaging field, both sides expect to come out stronger and in a better position to serve their customers than ever before.

Andy Sharp, president and founder of Packstar, says the merger came about because both companies were looking for opportunities to bolster their services. “Our goal was always to be a larger player in the shrink-sleeve market, and we felt to achieve that status would certainly take a long time in this financial world to make that happen organically,” Sharp explains.

“We at Brook & Whittle were looking for the same sort of thing that [Packstar] offered,” says Stephen Stewart, Brook & Whittle CEO. Packstar’s core markets include health and beauty, food and beverage, and home products. Brook & Whittle primarily serves the personal care and beverage markets. This meant there wasn’t much crossover between the companies’ customer bases, and that there was a lot each company could learn from each other. The merger became official in April 2011.

“Hopefully, we’re becoming more important to our customers,” according to Stewart.

The newly merged companies were a nearly perfect fit even before the merger, according to Sharp. “From Packstar’s perspective, after having some due diligence performed, we learned the Brook & Whittle culture was very similar to our culture,” he says, adding that both companies’ cultures were rooted in the values of customer service and technology-driven business development.

Even the companies’ customer bases complemented each other well. “We have a diverse enough customer base that we’ve begun to introduce our customers to each other,” Stewart says.

Sharp says each company has adapted and implemented the best manufacturing practices of the other to their own operations. Stewart says the companies already have shifted certain equipment assets to different facilities to help improve operational efficiencies and Sharp says Packstar has incorporated some of Brook & Whittle’s practices. “[The main benefit is] having the access and knowledge that Brook & Whittle had learned over the years in pressure-sensitive [films] and we’re using some of that in the shrink-sleeve market,” he says.

“A great example would be if you go to Brook & Whittle’s facility, their presses have cameras that inspect every impression that is made,” Sharp continues, adding that Packstar is adding that equipment to its own presses and lines.

Stewart says the newly merged company also benefits from the lean manufacturing processes Packstar instituted last year, before the merger. Although Brook & Whittle still is in the early stages of implementing it, Sharp says lean has significantly reduced Packstar’s waste and time to product in just the short time since the company introduced it.

“It’s had a very big impact on our bottom line,” Sharp says.

The merger process has been a smooth one for Brook & Whittle and Packstar so far, according to Stewart. “The only challenge is just organizing and, from a sales and marketing perspective, figuring out everyone’s schedules and getting in front of the customers,” Sharp adds.

One of the reasons Packstar was an attractive partner for Brook & Whittle was the company’s leading-edge position in sustainable products. Sharp says the company took an early position to become more environmentally friendly by becoming co-branding partners with NatureWorks, the only manufacturer of a plant-sugar resin used in biodegradable plastic. Sharp says this allowed Packstar to become a leader in printing and converting that material while the rest of the industry played catch-up.

“We believed in this material very early in the game and it’s helped us considerably,” Sharp says. “By taking an early position as co-branding partners, we were able to find new opportunities where our customers were looking for sustainable solutions, and this type of material actually fit the bill of what they were looking for.”

For more than five years, Plastic Suppliers Inc. has been working closely with Brook and Whittle/Packstar, and Plastic Suppliers Vice President of Business Development Rich Eichfeld says the companies’ cultures and values line up very well together. Eichfeld characterizes the relationship between the two companies as an “innovative, open partnership.”

“We collaborate with them typically when it comes to new applications that neither company currently has, and also we collaborate with them to bring innovation to the brand owners,” Eichfeld says. Specifically, the Columbus, Ohio-based manufacturer of high-quality plastic film has drawn great interest from Brook & Whittle through its EarthFirst line of films made from renewable resources.

“We are offering our EarthFirst product line as well as other compostable products that are patented and are new to the market that I think have a great opportunity for future growth for us and our partners,” Eichfeld says.

Eichfeld says the relationship between Brook & Whittle and Plastic Suppliers is successful because of the underlying strengths the company has. “We are very consistent with our expectations and our values, and the fact that we’re a domestic manufacturer I think is a very strong point in our favor at this point,” he says.

Founded in 1949 as a distributor, Eichfeld says the company expanded into manufacturing in the 1970s and used its distribution experience to develop a system geared toward meeting customers’ needs with speed and accuracy.

“We’re unique in that our history forced us to satisfy our customers on a just-in-time basis because we were a distributor for a long time,” he says. “Our timing is good and it satisfies a lot of the needs that brand owners are looking for.”

Eichfeld says the company’s just-in-time focus has made it easier for Plastic Suppliers to respond to customers’ requests than many of its competitors. The company is using every advantage it can get as it copes with the pressures created by the current economic climate.

“The biggest challenges that we’ve faced include the economy, and that in and of itself is a very difficult dynamic because everyone’s facing the same issues,” Eichfeld says. “We’re looking at producing our products in as cost-effective a manner as possible.”

Regardless of the economic pressures of the day, Eichfeld says Plastic Suppliers will continue to be a valuable partner to Brook & Whittle as well as the many other companies it serves, thanks to its innovative products and just-in-time focus.

Despite the economy, Brook & Whittle and Packstar have grown in recent years. “It does put pressure on everybody in difficult economic times, but we’ve been a pretty efficient manufacturer,” Stewart says.

Thanks to the added strength the merger has given both companies, Brook & Whittle and Packstar expect to grow even further in the near future. Stewart says additional printing capabilities are being added at all of their facilities, and a new facility is being planned for Connecticut.

“We’ve actually gone through the recession fairly successfully, and used it as an opportunity to invest in the future,” he says.