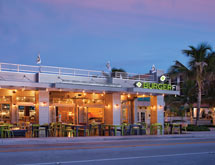 According to Technomic, a Chicago-based research firm, burger popularity is on a steady rise. But not just any kind of burger. Value menus shuffling $1 cheeseburgers out the door are fine, but what’s really fueling today’s craze is the “better burger” – a gourmet spin on a traditional favorite. According to Technomic’s 2013 Burger Consumer Trend Report, quality is key, as 51 percent of consumers say it is highly important that the burgers they order are made from never-frozen beef. That’s an increase from 43 percent two years ago. In addition, more than half (55 percent) want menus to specify the type of beef used, up from 48 percent in 2011.

Even titan fast-food joints can’t ignore the increasing demand and over the years have included more “gourmet-esque” options. But the trend truly shines with those dedicated solely to the better-burger lifestyle. Restaurants boasting all-natural, wholesome and quality ingredients have come to define the movement. Those with the right recipes have proven successful, despite the higher costs when compared with traditional fast-food.

Quality You Can Taste
“Our overall concept is bringing an all-natural, better-tasting product to the market,” says Nick King, COO of better-burger franchise BurgerFi. “Farm-raised, humanely raised animals that never come in contact with steroids, growth hormones or feed that has those items in it. These are grass-fed cattle, Certified Black Angus and corn-fed.”

The quality ingredients don’t stop with the burger. The restaurant’s entire menu – including all-natural hot dogs, fresh onion rings dipped in a proprietary batter, a house-made custard, and a house-made secret sauce with 14 ingredients and fresh herbs – shows BurgerFi is on the trek to transform American classics by, ironically enough, bringing them back to their original days – when you knew exactly what you were eating and who was making it.

“We use potato flour buns from regional bakers,” King expounds. “We make our french fries by hand every day. There are no freezers on our properties. We don’t use microwaves or holding bins for our food. Everything is prepared to order. When you order your food, you will wait four to six minutes and get a product that was made for you at the time you ordered it – and that includes the fries.”

BurgerFi’s growth in just two short years testifies that customers are more than willing to wait those four to six minutes. BurgerFi opened its first store in 2011 and today has 34 operating restaurants. Twenty-two of those stores opened this year and another three to five are expected to come online before the year’s end. The company also has a steady pipeline of franchises set to open next year, with a significant amount of those locations to appear on the nation’s West Coast to balance BurgerFi’s current East Coast-leaning portfolio.

“We have one store scheduled to open in Anchorage in 2014, as well as stores in Seattle, Napa Valley, Los Angeles, Denver, Mesa, Ariz., and Las Vegas,” King says. “Our West Coast expansion is extremely aggressive.”

2014 will also mark BurgerFi’s international expansion when the company ventures into Vancouver, Mexico and the Middle East. All in all, BurgerFi has a total of 230 franchises sold and with 60 of those in the planning stages, the company has a steady calendar of grand openings for the next 10 months – including locations in airports, college campuses, malls, resorts and destination shopping districts.

A New Mission
King says the company is fortunate to have built an infrastructure that could support this growth a year prior to launching its first franchise. The company’s sound financial footing meant BurgerFi could operate for two years before seeing a return on investment. It has allowed the company to grow faster than if it were dependent on franchise fees alone.

“Fast-food hamburger restaurants in the ’50s, ’60s and ’70s were constrained to the United States, but in the ’80s and ’90s, the traditional fast-food restaurants became worldwide,” King explains. “We want BurgerFi to be the most recognizable international restaurant in the better-burger space. We have a true global strategy.”