Back to Profile Gallery > Casa Cuervo 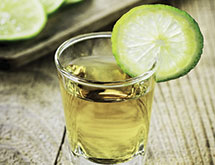 Tequila specialist Casa Cuervo is on top of changes in consumer tastes and satisfies the demands within the different niches of the liquor world.

Have Americans been shooting when they should have been sipping? Perhaps. Of course, it’s all up to personal preference, but Casa Cuervo’s counselor and corporate affairs director, Cristóbal Mariscal, suggests times have changed. Tequila, which used to be taken as a shot, is being enjoyed nowadays for its taste, and sipped slowly by consumers.

Mexican-based Casa Cuervo is the seller of the well-known Jose Cuervo brand of tequilas and margaritas. It is the best-selling tequila in the world, with the United States as by far its largest export consumer, buying 80 percent of Casa Cuervo’s exports.

As much as Americans and fellow drinkers worldwide enjoy a good tequila, Jose Cuervo found its sales a bit sluggish in recent years. Case volume sales dropped 10 percent to 3.5 million cases from 2007 to 2012, according to industry publication Shaken News Daily. A major change was made in 2013, when Cuervo transitioned its U.S. distribution from Diageo to its sister company, Proximo Spirits.

“[Casa Cuervo’s] growth prediction is to increase by eight percent from 2014 to 2015,” Mariscal states. “With our actions from July to June, we should grow a total of eight percent. In exports, we think we’ll grow nine percent.” He adds that “the potential for growth in export markets is greater than domestic. That’s where we mainly see recuperation.”

Aside from the major change of switching distributors, the tequila producer applies a straightforward business strategy for bringing up the business. When asked what’s behind the increased sales, Mariscal comments, “We live what we believe. We satisfy all the niches in the market through attractive products and presentation.”

This simple yet smart approach is what kept sales going through the rough economy following 2008. People didn’t stop buying Jose Cuervo products; they traded down in price. “Instead of spending $50 on a bottle, you might spend 20; instead of buying a $20 bottle, you might buy a $15 one,” he notes. “If you have products in each niche, you’re less affected by the economy.”

Interestingly, while Jose Cuervo is synonymous with the word tequila, the company’s margarita line is actually its best-selling cocktail. In comparison, as tequila becomes more recognized as a sipping drink, rather than a shooter, the consumption of “straight-up” tequila, in general, is on the rise.

Basic Tequila Facts
There are more than 1,600 tequila brands in the world. As a whole, there are two categories of tequila: 100 percent agave and tequila mixto (mixed), which is a blend of at least 51 percent agave supplemented with other sugars. Both categories are broken down into five types of tequila and labeled accordingly: white, joven (young), reposado (aged), añejo (extra aged), extra añejo (ultra aged).

Mariscal is quick to clarify that no matter which type of Jose Cuervo liquor is purchased, the quality is the same. “That is produced by the primary ingredients and production,” he says. “The product isn’t better or inferior; when you meet the standards, you have quality.” The differences between these products are simply a matter of taste. An extra añejo tequila requires at least three years in the barrel, providing a completely different taste experience from a white tequila that is bottled directly after being distilled.

What is Mariscal’s personal favorite? The reposados. According to the Casa Cuervo executive, in the U.S. the market tendency leans toward white tequilas, while in Mexico it’s the opposite. Tequila reposados are the growing trend there.

A Double-Century History
Casa Cuervo’s history dates back to the foundation of the first official distillery in the town of Santiago de Tequila, when Jose Maria Guadalupe Cuervo y Montaño and his brother Jose Prudencio de Cuervo y Montaño received their selling license. In 1880, the company (known at the time as Taberna de Cuervo) introduced a brilliant idea: individual half-liter glass bottles for “easy transport.” Much later, in 1945 the tequila specialist celebrated 150 years in business by marketing “America’s favorite new drink,” the Cuervo Margarita.

As a major liquor company, Casa Cuervo takes its role seriously in supporting its employees, its surrounding communities and its consumers. Foundations have been established in the tequila production areas that encourage family values, drinking responsibly and preserving Mexican traditions and culture, particularly in preserving hand-made crafts. Ongoing training is provided for employees, as well as university scholarships that are offered to not only employees, but to qualifying children of employees, as well.