Back to Profile Gallery > Co-Sales Company 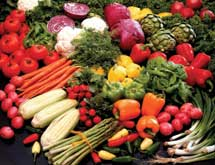 With more than 100 years of excellence in the sales, marketing and merchandising to the supermarket and convenience store industry, Co-Sales Company has grown to become the leading independent food broker in the West. Recent developments among key industry players are about to catapult Co-Sales’ reach to a national level, CEO Don Cox says.

Co-Sales is widely regarded as a pioneer in the independent grocery broker business. Founded in 1905 as Winchester-Coe, the company was instrumental in changing the landscape of Arizona’s territorial grocers, essentially setting the stage for how independent grocery brokers operate in the Southwest. In 1955, it was incorporated as Co-Sales Company. Since then, Co-Sales has been able to grow and thrive based on its ability to continuously reinvent itself and adapt to changing market demands.

“We are constantly reinventing our marketing approach,” Cox says.

“Our expertise stretches to multiple categories and classes of trade. We are able to be nimble and come up with solutions for our clients and customers. Our success has been based on the fact that we prefer to form a partnership between manufacturers and retailers for the benefit of all parties.”

Co-Sales is among a select group of independent brokers to triumph over the whirlwind of changes that have affected the industry throughout the past 15 years. Specifically, the food world has experienced a significant amount of consolidation – not just among the manufacturers, but among the retail chains, as well. “For Co-Sales to properly service its growing clients, it was necessary for us to diversify and expand to enable us to grow right along with them,” Cox says.

Co-Sales was effective in developing a regionalized structure, Cox notes.

Its regional offices operate auton­omously but remain connected through Co-Sales’ core values and overall corporate culture. The company utilizes data and technology to link manufacturers to retailers. In particular, it offers market-savvy research through a national, Web-based, retail reporting system, which utilizes a variety of consumer-related syndicated data.

Although Co-Sales has succeeded in expanding its business on a regional level, the company has never compromised its local focus, Cox maintains. “Combining the strength of scale with local expertise and passion is how we set ourselves apart from our competition,” he states.

Now, Co-Sales is one of the significant partners to expand its present coverage to a national platform called Beacon United LLC. “This partnership includes like-minded independent brokers,” Cox says. “They are all aggressive and have the same core values.  These companies want to perpetuate their business and grow. They are not building companies to sell.”

In addition to Co-Sales, which brings a substantial western presence, as well as the ICDS Co-Sales national Safeway team to the organization, the other key players associated with the Beacon United partnership are:

“During the past 15 years, there were four national companies in the grocery broker industry,” Cox notes. “One of them filed for bankruptcy and dissolved. Of the remaining three, two have sold to outside investors. We will be the fourth national sales agency and will emerge as an alternative for the three nationals with a focus on the local, regional and national markets. With the addition of the market research tools and capabilities provided through the Beacon United partnership, Co-Sales will be placed on a level playing field with its national competitors, while maintaining a regional customer-centric focus.

“We want to maintain the type of ownership where we answer to our clients, not to investors.”