Back to Profile Gallery > Coastal Foods 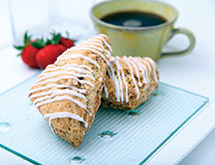 Bill Evans owned a wholesale bakery in Chicago and was seriously considering expansion when an appealing business opportunity came his way. Rather than invest significant money to enlarge his facility, Evans merged in 2007 with Coastal Foods.

Evans was familiar with the Houston-based food manufacturer because it used the same food broker as his bakery. He believed the merger would be advantageous to both sides.

A merger meant Evans would not have to commit significant time and energy and spend several million dollars to expand his 20-year-old business. Meanwhile, Coastal Foods likely would gain significant marketshare in the food products business because it would expand its product line, Evans says.

Coastal Foods got its start in 1990 selling pie shells to H-E-B grocery stores, and later manufactured and partnered with some of the largest food companies in the world. In 1995, the company produced a line of pot pies for more than 7,500 Kentucky Fried Chicken stores, and in 2002 it helped General Mills develop and market a scone that was carried in more than 4,000 Dunkin Donuts stores. But Coastal Foods was struggling to establish an identity in the market, Evans says. “It was trying to find footing,” he says.

The days immediately following the merger presented other challenges. “We really had to change the culture of the bakery,” Evans recalls. One of his goals was to hire “people who cared and got it right the first time.” The cultural change occurred from the top down, and today the company has an annual turnover rate of only 3 percent.

Opportunity to grow
The merger with Evans’ bakery gave Coastal Foods the opportunity to expand its product line and customer base and enter additional club stores and retail markets. Prior to the merger, Coastal was selling only pie shells and muffins, Evans says.

Today, the company’s product line features a variety of bakery products, including the Newberry line that Evans sold when he operated his bakery. The line helped Coastal Foods build all-important brand equity in the market, Evans says. Approximately 30 percent of the company’s business is achieved via contract manufacturing.

The results of the merger have been noteworthy. Between 2008 and 2012, Coastal Foods increased sales by more than 400 percent, Evans says.

The significant sales growth is the result of consistently developing quality products and operating a company that focuses on efficiencies, Evans says. Additionally, many members of management have food backgrounds, he says. Most importantly, however, is the company’s consistently high food safety ratings, he notes.

Coastal Foods has a Level 3 rating from the Safe Quality Foods Institute, the highest rating a food company can receive from the organization. The company’s quality manual is in compliance with the Global Food Safety Initiative. Maintaining the highest food safety ratings has helped the company build a impeccable reputation, Evans says.

‘Very Different’
Despite Coastal Foods’ gains, succeeding in the business is extremely challenging, Evans says. “It’s a very different type of business,” he says, adding that the marketplace is very competitive. His primary challenge is to consistently sell quality products at a reasonable price while maintaining a good margin, he says. But that task often is more difficult than it sounds.

For example, the time between a new product’s inception and delivering it to market can be several months. During that timeframe, the prices of ingredients can change more than once, making it tough to maintain a decent profit margin, Evans says.

Maintaining a profit margin often requires Evans to seek efficiencies in other areas, such as labor costs or equipment costs. Recently, the company made capital investments and has turned to automation. Coastal Foods also employs its own research and development staff and has a lab to conduct taste testing.

“I enjoy it,” Evans says of the challenges. “We’ve grown so quickly. It’s a very capital-intensive business.”