Back to Profile Gallery > ConAgra Foods 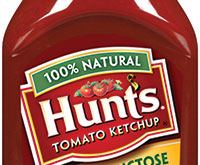 As the company behind brands including Hunt’s, Orville Redenbacher’s, Reddi Wip and Chef Boyardee, ConAgra Foods is one of the nation’s largest producers of packaged foods. That gives the company a healthy share of the nation’s grocery store shelf space, and it also gives it a clear responsibility to be responsible in how it utilizes resources. It’s a responsibility that Vice President of Packaging and Sustainable Productivity Gail Tavill takes to heart as she leads the company’s efforts to package its products in a way that reduces waste and serves the consumer as best it can.

Tavill has been spearheading ConAgra Foods’ sustainability efforts in the packaging arena for the last several years. She joined the company in 2000 after spending several years working in the food packaging sector for companies including Kraft. Tavill says she saw an opportunity to develop expertise in sustainability while working in product development for ConAgra Foods’ grocery packaging division. After pitching some ideas to the company’s leadership, Tavill was given a small team to develop and implement those ideas. That led to Tavill being named vice president of sustainability. Over the last few years, she has added other responsibilities including transformational cost savings efforts and the company’s packaging group.

Reducing Waste
Although many would say the best way to promote sustainability when it comes to food packaging is to reduce the amount of packaging used, Tavill says ConAgra Foods takes a different approach. By utilizing the most appropriate packaging for the products, she says, ConAgra Foods reduces waste in other ways that add up to a more sustainable approach than focusing on the amount of packaging alone. “I don’t think there’s anything that we do in packaging that’s not about sustainability,” she says.

While many food companies focus on improving sustainability purely from the perspective of the amount of packaging and the materials used, ConAgra Foods understands that the biggest threat to sustainability in the United States actually comes from wasted food, Tavill says. The amount of time, effort and resources that go into making food that is simply thrown away due to spoilage or staleness is a larger waste than packaging, she says, and as such the company’s efforts have been focused on optimization of packaging rather than simply reducing the amount of packaging used. “The best package is the one that does the best job for the food,” Tavill says.

For example, simple additions like reclose features can go a long way toward preventing premature spoilage and wasted food, but Tavill says the food packaging industry overall needs to start thinking of packaging as more than something to be thrown away after the food is eaten to improve its sustainability. She says an example of this is the recent movement toward bulk and multi-serving containers. This type of packaging has been in vogue because many manufacturers believe that because they use less packaging overall than single-serve packages, they are better for the environment.

However, Tavill notes, this is only true when taking into consideration households of two or more people. For single people living alone, she says, bulk packaging leads to food spoiling faster and ultimately being wasted. Single-serve packages may use slightly more packaging, she says, but they keep food fresher longer and prevent waste.

Better Options
The other side of creating greater sustainability through packaging is in what happens once the packaging is no longer needed. Tavill says much of the effort has been focused around keeping packaging out of landfills. Although recovering and recycling some of these packaging materials has been the primary means of doing this, it’s not the only method ConAgra Foods considers. Tavill says all packaging materials have value after they are discarded, but recycling them is not always the best option.

Certain materials, including many types of flexible films, require a lot of energy to be properly recycled, which runs counter to the idea of reducing energy usage, according to Tavill. Rather than attempt to recycle every type of material used in its packaging, ConAgra Foods is exploring ways to extract energy from those materials as a method of supplementing traditional energy consumption. By reducing the company’s need for energy generated by traditional means, Tavill says, ConAgra Foods and other food companies could reduce their ecological footprint more than if they tried to recycle those materials into new packaging.

ConAgra Foods has been at the forefront of the industry’s efforts to better recover material used in food packaging as a founding member of the American Institute for Packaging and the Environment (AMERIPEN).

Looking Ahead
The company’s packaging segment is undergoing a significant change at the moment as the company works to integrate the operations of Ralcorp, the nation’s largest private branded food manufacturer. ConAgra Foods recently acquired Ralcorp, and Tavill says her department is busy working to streamline all of the company’s new assets. “We are knee-deep in optimizing packaging from that business,” she says.

No matter how the company accomplishes this, Tavill says ConAgra Foods continues to be focused on providing the best value for consumers and the most sustainable operations through its packaging. “We’re constantly looking for new opportunities to be more efficient and effective with our packaging,” she says. “Good packaging can really delight consumers.”