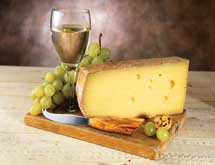 Cordi Food Distributors has many large competitors, but none has the company’s personal approach to dealing with customers, founder and President Cosimo Cordi insists. “They’re not one-on-one [like] I am,” he says.

“On [their] bigger scale, they could not afford to do what I do,” he says, noting that Cordi Food strives to provide close service to its clients. “We like to say we [serve the clients] better. You’re not a computer number to us, you’re [a] person.”

Based in Agawam, Mass., Cordi Food is a full-service specialty food distributor that serves more than 100 stores in the New England area. Cordi started the company in 1985, after working as a hairdresser.

When Cordi broke his hand and found himself unable to cut hair, he decided to start a new venture. After renting the space next to the beauty parlor, he began selling coffee. Over time, Cordi says his business and product lines grew, leading him to move to three different locations.

In addition, Cordi Food serves a broad customer base of supermarkets, small groceries, independent retailers and pizza restaurants. Pizzerias represent 90 percent of its customer base today, Cordi says. “We have some gourmet restaurants that we [also serve],” he adds.

Cordi says that a key factor in the company’s success has been its relationships. When he founded Cordi Foods, he “made it very successful [with my] friendships out there,” he recalls, noting that he relied on them to help start the company.

Cordi explains that he was friends with many Italian restaurant owners who were also starting their own businesses at the time. “Together, we relied on each other for quality, service and sales,” he says.

That focus on relationships also extends to how Cordi Food deals with its customers. In his 25 years of business, “I never lost a customer based on my service or my merchandise,” Cordi says.

Instead, when Cordi Food loses a customer, it is due to a lack of payment, Cordi says. “We give them an opportunity to give us what they owe,” he asserts. “[If] they can’t do that, then [we] lose them.”

Other Cordi members who work for the company include his daughter Carla, who is vice president of the company and maintains the day-to-day duties in the office. In addition, she will take his role when he retires.

“She has been training with me for 20 years,” he says. “I have no doubt that she will be able to keep Cordi Food going.”

In addition, its team includes his niece, Josie. “She’s in charge of 90 percent of the purchasing,” Cordi raves.

Looking ahead, Cordi predicts continued success. “I believe that we can keep it going the way we are,” he says. “I don’t expect any dramatic changes [and I] don’t expect to lose.”