Back to Profile Gallery > Create-A-Pack Foods 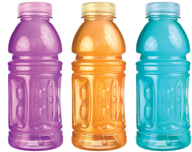 Glenn Cochrane is a food scientist who worked for some of the biggest names in the food industry before starting Create-A-Pack Foods in 1997. Noticing a need for a competitive, Midwest-based co-packer, Cochrane opened his own facility and set up shop making icing pouches in a 1,500-square-foot facility. Over time, that operation quickly got larger, according to Director of Sales Todd Loepfe.

Since Loepfe joined the company in 2002, Create-A-Pack has built a new, state-of-the-art facility from the ground up and diversified its services considerably. At the beginning, Create-A-Pack specialized in liquid food products, but today the company has branched out into dry food packaging and confections, as well as some packaging for the athletic performance goods and supplements market. This GFSI-compliant company’s customer base runs the gamut from small start-ups to Fortune 500 food manufacturers, and Loepfe says it is Create-A-Pack’s can-do attitude that has made it so successful.

That attitude is reflected in the company’s capabilities. Among the many processing and co-packing solutions Create-A-Pack can provide are blending, processing and repacking into glass or plastic bottles, cups and pouches. The company also stresses the importance its custom packaging services have to its many customers.

Solving Problems
Loepfe says Create-A-Pack occupies an important position in the food industry at the moment because many of the larger food companies are looking for ways to cut costs and reduce their risks. Co-packing represents a significant opportunity for many of these potential customers to take manufacturing off their plates. Because of Create-A-Pack’s willingness to provide total co-packing solutions for virtually any need, Loepfe says, it can be a valuable partner to these companies.

“I believe we have a niche in which we partner with Fortune 500 companies as well as work with the mid- and small-sized companies,” Loepfe says.

The two most important aspects of the company’s operations – and the key reasons why it is comfortable with any size customer – are its speed and flexibility. Loepfe says Create-A-Pack not only has the technology to turn around customer requests quickly, but it also has the people and expertise to adapt to whatever those requests turn out to be.

“There are companies out there that all they do is one thing, and that’s all they’re going to do,” Loepfe says.

Create-A-Pack, on the other hand, understands that many of the most substantial changes in the food industry recently have come on the packaging side, and Create-A-Pack sees the need to change with the market. For example, Create-A-Pack has been quick to adapt in the changing market to flexible stand-up packaging for retail products such as sauces and marinades, according to Loepfe.

Spouted stand-up pouches have been the standard in Europe for many years, but only recently have North American manufacturers taken notice of their advantages. Loepfe says such packaging is more environmentally friendly, less expensive and takes up less space on store shelves.

Because the company’s customer base includes restaurants as well as grocery stores and manufacturers, Create-A-Pack can adapt its solutions for one segment to serve another. For example, Loepfe points to the company’s ability to supply bulk pizza sauce in 55-gallon drums for frozen pizza makers.

All-in-One
Beyond the company’s practical capabilities, Loepfe says Create-A-Pack’s other advantage is the ease with which it works with its customers. He says the company wants its relationships with customers to go beyond simply fulfilling a contract, and it works hard to ensure customers know they can come to the company with almost any request related to their packaging needs. “We have the ability to help people with their packaging,” Loepfe says. “We try to sell the one-stop shop.”

For example, Loepfe mentions a customer in the baby food sector who was packaging all of its wet food through Create-A-Pack. When the company discovered that this customer also manufactured dry cereal, it offered to step in and take over all packaging for those products by adding the necessary equipment. “We don’t want our customers to have more than one co-packer,” Loepfe says. “We want to grow with them and be their one-stop shop.”

Steady Growth
Loepfe says Create-A-Pack has been experiencing consistent growth of about 10 to 15 percent each year for the last several years, and the company expects that to continue well into the foreseeable future. The company is adding to its capabilities in the stand-up gusseted flexible pouch segment in anticipation of the North American market catching up to the trend.

“Everybody wants to be in it, but not everyone’s jumping into it,” Loepfe says.

No matter what happens, Loepfe says Create-A-Pack expects the qualities that have built its success today to be the same qualities that carry it to success in the future, and it also expects to continue expanding into new areas of the industry. “We will continue to see change and we plan to be part of it,” he predicts.