Picking up dairy products frequently is a necessity to obtain farm-fresh products, especially when the milk is delivered to the store within 48 hours of its production. Offering other merchandise like groceries, chips, cigarettes, beer and wine makes stopping at a convenience store true to its name. Dari Mart Stores Inc. is a local institution in southern Willamette Valley, which is within 20 miles of Eugene, Ore. For 45 years, the stores have been selling milk and other dairy products with a freshness its competitors cannot rival. The company’s line includes milk, ice cream, blueberries and filberts raised on its farm.

Peppermint grown on the farm is used in the company’s ice cream. A separate company the family owns makes “Coconut Bliss” – a non-dairy ice cream containing coconut milk – that is processed in the dairy’s facilities and distributed nationally.

Currently, the company operates 44 convenience stores and distributes its premium, all-natural ice cream under the Lochmead Farms brand as far north as Portland. The company’s products can be found in natural food stores and other local food stores in the area. 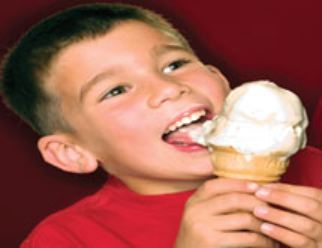 “We have a strong following – a lot of loyal customers – and word of mouth is great in our area,” points out Kathy Gibson, vice president of marketing. Joe Gibson, director of purchasing, adds that when residents leave the area, they try to get the company’s milk and ice cream shipped to them.

Loyalty is key to the brand’s marketing success. Sponsor­ships of local sports teams and charities have kept the Dari Mart name in front of western Oregon consumers for more than half a century, the company says.

Another reason for that loyalty is the products’ natural production. No artificial growth hormone, such as recombinant bovine somatotropin – a synthetic hormone that boosts cows’ milk supply – is given to the cows that produce the company’s milk. “We just never used them,” Gibson maintains.

Although the current market trend is away from growth hormones, Gibson thinks, Lochmead Farms is not just following a trend. “We haven’t believed that it is necessary,” she continues. “We have all the production we need. We don’t feel production pressure to increase yields. We want our milk to be as natural as it can be, especially with our family being the ones who drink the milk.”

The processing plant for the milk is only four miles from the farm where 100 percent of the cows the company obtains its milk from are kept. At the farm, use of anaerobic methane digesters that convert the methane from cow manure into electricity are being used. This reduces greenhouse gas emissions.

Joe Gibson attributes the company’s longevity to its willingness to grow, its focus on fresh, local products and the good service it offers customers.

“Starting out as a farming family, we have a good work ethic and a big family,” Kathy Gibson adds. “I see continuing to build on our foundation. What we’ve been doing has worked. I don’t see a deviation from our values or fundamental business model.”