Back to Profile Gallery > Diaz Foods 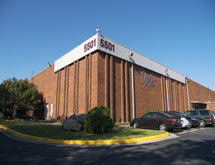 Diaz Foods may be a family owned business, but the company does not operate like one – especially the ones where family members rely on nepotism for their jobs, President Rene Diaz says. “In a family business, you get your job because of your relationship with the family,” he says. “You get your job based on your capabilities at Diaz Foods.”

Based in Atlanta, the company delivers dry, refrigerated and frozen products to more than 3,500 clients in 26 states. Diaz’s grandfather, Domingo Diaz, started the company in 1969 with a single grocery store. He later opened several more locations with the help of Rene Diaz’s father, uncle and aunt.

Domingo Diaz grew the business to about five grocery stores. Diaz’s father, Julio Rene, later realized that the company was selling to small grocery stores in Augusta, Ga.; Birmingham, Ala.; and Charlotte, N.C.

To better accommodate them, Diaz Foods rented a 6,000-square-foot warehouse and created a commissary. “My grandfather worked it for six months or so,” Rene Diaz recalls, adding that his grandfather later asked him to try to make it work.

“Our sales were $100,000 the first year,” he says, adding that the company soon began serving Mexican restaurants in Atlanta. “Because of their generosity, they were able to get me in the foodservice business.

“Our business is about half and half [with] foodservice versus retail,” Diaz says, noting that the current economic conditions have helped boost the retail side. “In recessions, people tend to eat more at home.”

He adds that the company’s clients range from small independent stores to Fortune 500 companies. “Food Lion is one of our largest clients in the Carolinas,” he says, adding that the company also serves sandwich shops and white tablecloth restaurants.

In addition, the size of the company’s fleet has grown over the years. “We grew from one little van delivering in a 10-mile radius to close to 100 tractor trailers and freight trucks delivering in 25 states,” Diaz says. “We drive 125,000 miles per week.”

Additionally, one of the keys to the company’s success is its people, Diaz Foods stresses.

“More than 80 percent of the entire staff is bilingual, including Spanish, Portuguese, French, German, Taiwanese and English,” the company says. “The diversification among the employees also contributes to the overall product knowledge and an understanding of market needs.

“More than 15 Latin American countries are represented by the employees of Diaz Foods.”

Along with its employees, Diaz Foods says its products are diverse as well. “Diaz Foods stocks over 6,000 items of which 85 percent are imported from Latin America and the remaining from China, Thailand and India,” it says.

Taking Nothing for Granted

After 31 years, Diaz says he still enjoys working at his family’s company, although this was not the career he intended to follow originally. “I like people, I love to do problem-solving and I enjoy what I do,” he says.

He notes that one of the keys to the company’s longevity has been its commitment to providing a state-of-the-art facility. “We’re a very young group,” Diaz says, adding that it invested $1.2 million in its headquarters.

“If you walk in here, it doesn’t look like a food company,” he says, adding that some have mistaken its offices for an IT company. For instance, Diaz Foods has a gym with yoga, self-defense and Zumba instructors. Additionally, Diaz Foods has an employee lunchroom managed by a former Ritz-Carlton chef.

Until the recent recession, Diaz Foods enjoyed growth of 20 to 25 percent annually, Diaz says. However, the last 24 months have been very tough. “The increase in fuel basically is a tax burden on customers when they’re having to pay a dollar more to fuel than the last year,” he says.

In addition, the issue of immigration has affected the company and sales, mainly because many American-owned companies have lost sales due to loss of Latin foot traffic, Diaz says. “I am completely for following the letter of the law [and] protecting our borders,” he says. “[We need a] procedure to allow people from other countries to come into this country legally so that they can support our needs in jobs that maybe folks don’t want to do.”

Although Diaz Foods usually followed a method of organic growth, the company is now in the process of looking at ways to grow through acquisitions, Diaz reports.

“We’re in the process of putting a team together to look and see if an acquisition would make sense,” Diaz explains. “Hopefully, we can get to that 20-to-25-percent growth rate.”