Back to Profile Gallery > Don Sebastiani & Sons/ The Other Guys 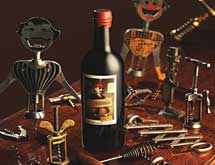 Don Sebastiani & Sons/ The Other Guys

One of California’s longest-established winemaking families is continuing to evolve its business into new ventures while preserving the dynasty’s traditions. Don Sebastiani & Sons and The Other Guys are the latest chapters in a more than century-old family history. Both companies operate as separate entities under the Don Sebastiani Family of Companies owned by Don Sebastiani Sr., his two sons and daughter.

“We’re all quite pleased that our family’s one hundred-plus year heritage of wine, spirits, and food is now being carried forward by the fourth generation of Sebastianis,” Don Sebastiani Sr. says.

Don Sebastiani & Sons, established in 2001 as an offshoot of another family business, acts as a negociant, buying and blending bulk and premium wines in addition to owning and operating its own winemaking facility.

The Other Guys’ brands are distributed through a number of trade channels. A few of the brands – Pennywise, Hey Mambo and Plungerhead – are distributed to big-box and major grocery stores and wine shops, while others can be found in club stores such as Costco. One brand, Leese-Fitch, is distributed primarily to restaurants, August Sebastiani says.

“The Other Guys provides value to consumers in the form of unique lifestyle brands that enhance the food and beverage experience,” Sebastiani adds. “We do our best across all our products – whether rum, merlot, or olive oil – to over-deliver the product a consumer expects at any given price point.”

In addition to several labels of wine, The Other Guys is expanding Mia’s Kitchen, its food division that offers sauce and oil recipes developed by Mia Sebastiani. A spirits division will launch next year. “The Other Guys has evolved into what is today a pretty diverse entity,” August Sebastiani says.

The sauces can be paired with meats, or used in salad dressings, among other uses, it notes. The oil and sauces have been available in Northern California markets for three years.

Future plans for the brand include the launch of new spaghetti and pasta sauces in 2011 that Sebastiani hopes to take nationwide. “We want to lead with the pasta sauces and have those be our volume brand,” Sebastiani adds.

The spirits division, named 35 Maple Street after The Other Guys’ Sonoma headquarters, will launch in February 2011 with a Canadian rye whiskey and Dominican rum; Sebastiani plans to market a Kentucky bourbon and a domestically produced gin later in the year.

Don Sebastiani & Sons and The Other Guys source their grapes from many of the world’s best growing regions, including the Alexander Valley, the Russian River Valley the Dry Creek Valley and the famed Napa Valley. The companies’ California appellations are drawn from growing regions such as Monterey, Paso Robles, Clarksburg and Lodi, the company says. In addition to its California wines, Don Sebastiani & Sons also produce wines sourced from Chile’s Casablanca Valley and Tasmania.

“Each wine’s individual profile evolves with changes in established vineyard relationships, available fruit and flavor trends in the industry,” the company says. “Our winemaking approach at Don Sebastiani & Sons is to consistently create noteworthy wines in a style which is recognizably our own.”

Sebastiani says close attention is paid to the quality of grapes used in its wines. “We keep our nose to the grindstone and taste through our blends, and know which growers provide us with quality fruit,” he adds. “We make sure each year that the wine is up to the quality we and our consumers have come to expect from our vintages.

“Quality is king; you can have the best salesman and the most attractive package known to man, but if the wine’s no good, you won’t sell one bottle.”

August Sebastiani grew up in Sonoma and studied marketing and political science at Santa Clara University. In 2000, while he was in college, his father stepped down from running the family’s long-established winery Sebastiani Vineyards after 16 years. In 2001, Don Sebastiani Sr. founded Don Sebastiani & Sons using capital from the sales of several of the previous company’s assets.

August joined his father’s new company in marketing and brand management before launching The Other Guys. While August, Mia and Donny own a portion of Don Sebastiani & Sons, The Other Guys gives August and Mia a business venture of their own, Sebastiani says.

Outside of the family business,  Sebastiani is active in the community. For example, he is a supporter of the Sonoma Valley Boys and Girls Club and the annual Sonoma Jazz Festival. Sebastiani also recently served on the Sonoma City Council.

The “Pioneer” category recognizes those who made significant contributions to the California wine industry and passed away more than 10 years ago, the institute adds.

The Vintners Hall of Fame is located on the Culinary Institute of America’s California campus. Each inductee is honored with a bronze sculpture displayed on historic 2,200-gallon wine barrels.

“The Vintners Hall of Fame celebrates the men and women whose collective vision, determination, and hard work have been responsible for the growth and worldwide prestige of the California wine industry,” the Culinary Institute of America says.

Other 2011 Vintners Hall of Fame inductees include Joel Peterson, found­er of Ravenswood Winery and Bob Singleton, owner of Sutter Home Winery.  Past inductees into the Hall of Fame have included Ernest and Julio Gallo, Frederick and Jacob Beringer, and Robert Mondavi.

Don Sebastiani & Sons/ The Other Guys