Back to Profile Gallery > Esqu Seafood 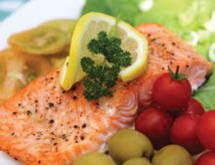 Ask most caffeine lovers and they’ll likely agree that not all coffee is created equal. What’s that got to do with salmon? Everything, according to Terry Drost, general manager of Esqu Seafood in Fredericton, New Brunswick. “If you ask, the majority of people, they’ll likely tell you that all salmon is the same, but that’s usually because they haven’t had the opportunity to experience something different,” Drost says.

“Just like growing grapes for a fine wine or a premium coffee bean – the level of care is unique,” he states. “Most great wineries or coffee producers are doing things with a different perspective than some of the larger companies in their industry.”

At esqu Seafood, transparency and a shared passion towards the “philosophy of care” far outweigh mass production in terms of volume. The company says it is focused on creating partnerships with like-minded people, which includes producers, distributors, retailers and the customers who ultimately enjoy its salmon.

The esqu venture began in 2005, with its first salmon being sent to market in 2007. To produce a premium farmed salmon, Drost and his team work with Admiral Fish Farms on the Bay of Fundy. “The people of Admiral are providing extraordinary care at every level of their operation,” Drost says. “For example, they are the first producer to test and invest in the testing of iCage technology which allows for a more balanced approach to growth and reducing their environmental footprint.

“As part of our network, we also have some amazing distributors like John Nagle Co. in Boston, Norref in Montreal, and Seacore in Toronto – all of whom place a high value on what we are doing,” he continues. “They won’t just sell our product to anyone – they have a group of loyal customers who are actually asking for the esqu brand by name.”

Right now, brand visibility is the goal, which Drost points out is something rarely seen in the fresh seafood industry, especially at the retail level. “If the consumer is not able to identify the brand, then we’ll never create the kind of recognition and loyalty enjoyed by companies like Starbucks,” he states. “That’s why the partnerships we’ve established are based on transparency and trust.”

Salmon from esqu are the first in North America to be raised using SQF (Safe Quality Food)-certified processes. Drost notes that many companies cite various kinds of certification and best practices, but to ensure quality and credibility esqu and its partners rely on regular third-party audits of its processes.

Although other industries have incorporated third-party auditing, Drost says it is not something that has been accepted throughout the seafood industry. “We’ve embraced it through the entire production cycle from the hatchery straight through to distribution,” he says.

“We spend a lot of time working with our distribution and retail partners and we’re starting to see the rewards,” Drost explains. “Restaurants like Laloux – one of Montreal’s most popular Parisian-style bistros – are evidence of esqu’s growing appeal in the premium market. Not only was Laloux named best bistro in Quebec in 2009, their belief in the esqu brand is proudly displayed for all to see on their menu, and we are starting to receive regular feedback.”

Seth Gabrielse, chef de cuisine at Laloux, says he appreciates esqu’s commitment to sustainability and responsibility. “As a chef, I am always appreciative when given the choice of a premium product that I believe ethically falls in line with what we try to do here at Laloux,’’ he states.

In order to create a brand that is associated with quality, esqu recognized it had to have a product that stood out. Drost says retailers, such as Odessa, are also seeing the benefit and have been marketing the esqu brand directly to customers with great success.

“As we increase brand visibility, social media tools will improve the way we are able to communicate with consumers,” Drost says. “The real credibility in terms of differentiating our product will come from the consumers themselves, by giving them the online tools to share their esqu experience.”

Currently, esqu is exclusively focused on elevating expectations for farmed salmon, but according to Drost, the company has a long-term vision to expand its partnerships with other companies to include other seafood products in its offerings.