Back to Profile Gallery > F&F Foods 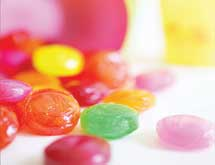 The work force of F&F Foods is divided fairly evenly by nationality, according to President and CEO Byron LaMont. Approximately one third of the company’s employees are Hispanic, one third are Polish and the other third are of Irish descent. As a result, the signage in the company’s Chicago facility is in three languages – Spanish, Polish and English. LaMont notes that the employees may have different backgrounds and their primary language may vary, but one thing remains constant – their ongoing focus on maintaining F&F Foods’ high-quality standards.

“This is a friendly work environment and we have many long-term employees, who really are the backbone of the company,” he says. “Not only do they understand the quality necessary for our brands, as well as our customers’ exact specifications, but they also know how to configure our machines to meet customers’ needs.”

F&F Foods has two sides to its business. One side involves the manufacturing and marketing of some of the oldest and most iconic brands of hard candy, cough drops and nutritional supplements in the world – Smith Brothers, Foxes, Daily-C and Sen-Sen. On the other side, the company is one of the premier contract and private-label candy manufacturers in the United States, providing one-stop, end-to-end services for a variety of confections, candies, mints, gums and nutritional supplements.

In February 2010, F&F Foods’ assets were purchased by GemCap, a private equity fund in Santa Monica, Calif. According to the company, GemCap is an equity investor in low- and middle-market sized companies, but it also provides asset-based loans – ranging from $1 million to $10 million – as a senior-secured lender.

“GemCap has been great for our company,” LaMont explains. “They’ve already upgraded our plant and helped remodel our offices, making everything more modern.”

When GemCap bought F&F Foods last year, it was gaining a seasoned business that produces some of the world’s oldest and most well-known brands of cough and throat drops. With the brands’ long-established history of quality, GemCap is helping F&F Foods reposition its brands and gain more market share.

“We are refreshing our brands and ex­panding our presence,” LaMont notes.

The company’s flagship brand is Smith Brothers, which was founded in Poughkeepsie, N.Y., in 1847 by William > > and Andrew Smith. The brothers are credited with creating the first cough drop – known in the mid-1800s as “cough candy” – meant to help anyone “afflicted with hoarseness, cough or colds.” In addition to the brand’s long tradition of quality, Smith Brothers’ pro­ducts became known for their labels, which featured pictures of the bearded brothers, with the word “trade” under William and “mark” under Andrew. As a result, customers began to believe the brothers’ names were Trade and Mark.

F&F Foods also produces three more of its own brands:

“The Foxes packaging and logo looked dated before, and we wanted it to be more current,” LaMont says. “We’re trying to revitalize the brands of our mints and cough drops, which includes Smith Brothers. That brand has been around for more than 160 years, and we want it to regain some of the market share it had before.”

In March 2011, F&F Foods plans to give Smith Brothers an added boost with the introduction of several new, innovative flavors based off the success of its Warm Apple Pie flavor, which was introduced in 2008. These will be in addition to Smith Brothers’ standard Wild Cherry, Black Licorice, Honey Lemon, Menthol Eucalyptus and Sugar-Free Black Cherry drops.

“Smith Brothers has cough drops, but it also has throat drops, which can be used year-round and not just during the cold and flu season,” LaMont says. “We must produce different and unique flavors to compete with brands like Halls and Ricola – otherwise we’re just a me-too brand.”

Through its private label and contract manufacturing and packaging business, F&F Foods serves many of the large retail chains, as well as some of the industry-leading candy companies. “This is a big part of our business,” LaMont notes.

F&F Foods’ facility opened in 1930, but it maintains its equipment well and has everything it needs in one location. The company has a lab which manages quality control and the development of new formulas for its own brands and those of other customers. Its production capabilities allow it to create cooked, powdered and pressed tab­let products, all of which can be dev­el­oped with added features such as fiber, vitamin additives, herbal additives and supplements, antacids and zinc.

Going forward, F&F Foods plans to be “more aggressive” in going after contract manufacturing business, LaMont says, noting that its facility has the capacity to increase that segment of the business by 25 percent. That is in addition to the company’s plans to increase market share for its Smith Brothers and Foxes brands.

“The history and heritage of our brands says a lot about our company,” he stresses. “The brands are still recognized for their quality.

“Our facility is very versatile, and we can take our customers from the R&D of new formulas to production and packaging. We can meet customers’ needs, and we will continue to focus on refreshing our brands and expanding our business.”