Back to Profile Gallery > Flippers Pizzeria 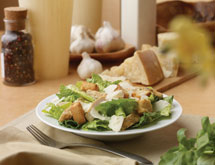 Forget about gimmicks. Forget about fads. Flippers Pizzeria isn’t interested in being the next big thing or making a quick buck out of flash-and-fizzle hype. “For inspiration, we look back to how pizza was done in the very beginning,” says Scott Kousaie, founding partner of the 15-restaurant chain based in Orlando, Fla.

That means making hand-crafted pizzas with fresh packed tomatoes, fresh herbs, chopped garlic cloves, freshly made hand-rolled dough, all cooked in authentic, 600 F brick ovens. Add the best of America, such as whole milk mozzarella cheese from Wisconsin and sausage from Chicago – and you’ve got a recipe that will outlast the latest thing.

And Flippers wants no part in the argument over which regional style is best. Chicago pies as thick as manhole covers, foldable New York slices and unusual California combinations all have their place in the pizza world, but Flippers aims for broad appeal with influences from all three.

“Our goal is to build a brand with a passion for great food, integrity and excellence,” Kousaie says.

Flippers is no newcomer to the pizza scene. It’s been around for nearly 30 years. The first location was started in 1987 by Kousaie and his Kent State college roommates, brothers Todd and Brett Dennis. After graduating, they opened up shop in Orlando, a city that was just starting to pop demographically. “Orlando had a young, growing population; it was accepting of startups,” Kousaie says. By 1995, Flippers had four pizzerias in Orlando and it hired an executive chef as a consultant to expand the menu and take its pizzas to the next level.

Flippers was ahead of the curve when it came to artisanal-style Italian cooking, which is strongly in vogue today, although less so in the pizza space and less still among pizza chains.

Unlike many of the chains it competes with, Flippers is a full-service, dine-in restaurant, although it does pick-up and delivery, as well. “We are always looking for new technology and better systems, but the human element is key – our team members are focused and passionate about providing the perfect pizza experience,” says Ben Richardson, vice president of operations.

As a company, Flippers makes every effort to be a community mainstay, according to Richardson. Flippers works with a nonprofit, Partner in Education, by donating hundreds of pizzas each year to local schools, rewarding outstanding students and supporting sporting events and school functions. Flippers also invites nonprofits to hold fundraiser nights at the restaurants.

Despite Flippers’ traditional leanings, there’s nothing dated about the design of its restaurants. “The design is clean and simple, with vibrant colors and high-quality materials,” Richardson says. The ingredients and implements used in the cooking are the décor: the centerpiece brick oven, bottles of extra virgin olive oil and framed artwork of wheat, garlic, ripe tomatoes and herbs. Exposed ceiling beams, granite surfaces and solid oak communal tables complete the modern rustic aesthetic.

The chain has expanded carefully over the years, with 10 company-owned stores and five franchises. Flippers has branched out beyond Orlando to Tampa.

“We want to grow in a measured way that is responsible to us and to the franchisees because we have to be able to service and support them properly,” Kousaie says. He sees room for five to 10 more stores in central Florida and believes the chain will eventually grow throughout the Southeast.