Back to Profile Gallery > Foxtail Foods 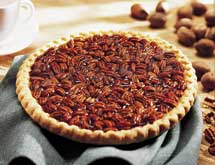 As a producer of wholesale, private-label and custom bakery goods popular among national restaurant chains, Fairfield, Ohio-based Foxtail Foods celebrates its 25th anniversary this year with decadent new offerings, steady profits and a promising expansion into retail. “We are a small, niche baker,” President Lonnie Howard notes. “But through our growth over the past few years, we are becoming more and more prominent in the industry.”

Established in 1986 as Foxtail Farms – a bakery commissary of the Perkins restaurant chain – Foxtail’s cheesecakes, pies, muffins, cookies, brownies and other baked goods developed a reputation for quality and value, which led the company to produce items for other restaurants and foodservice clients. By the time Foxtail Foods was trademarked in 1994, it was well underway to a national expansion.

The company’s growth catapulted for­ward when it began working with large foodservice companies, which distribute Foxtail’s products to not only restaurants, but also retailers. It encountered another significant growth milestone in 2005, when Perkins and Marie Callender’s merged, and Foxtail be­gan producing baked goods for Marie Callender’s, as well.

When its Fairfield plant exceeded cap­a­city, Foxtail set up other baking sites in Cincinnati and Corona, Calif., to accommodate its west­ern U.S. customer base. Its facilities set the industry bar for food quality and safety, Howard says. “Manufacturing the highest-quality pro­ducts is our No. 1 pride,” he says.

“The main plant in Fairfield received an AIB International Foodservice Saf­ety Audit of 955 out of 1,000, and the Cincinnati plant received 930, which are superior ratings that put us in the top tier of all manufacturing plants worldwide,” he states. Foxtail also is embracing the Global Food Safety Initiative, which Howard predicts will soon become an industry standard.

“As the number of recalls continues to grow, it’s important to invest in quality and food safety initiatives,” Howard stresses. “Companies placed under the constraints of a troubled economy try to seek efficiencies by reducing their costs, which can sometimes lead to reduced food safety controls, and I think that’s why the recalls are increasing.”

He credits Foxtail’s quality to its technical services department, which oversees quality and R&D. Control of raw materials and in­ventory at its three manufacturing and warehouse facilities is done by its materials and logistics department. “And, each manufacturing facility has a top-performing plant manager fully responsible for its efficiencies and quality,” Howard notes.

Foxtail has the best of both worlds in that it operates much like a mom-and-pop niche bakery for foodservice custo­mers looking for custom solutions, but it also has the quality con­trol and technical measures in place to meet the demands of large-scale corporations.

“A customer will come to us either with a concept or a product they would like to improve,” Howard says. “Then our technical services department breaks down components of what they need, performs the initial lab testing, sends samples to the customer for their approval, and then implements it into our system for distribution.”

The speed and agility with which Foxtail can customize orders separates it from others. “Being a niche baker and being able to execute custom formulations quickly and efficiently is something that some of the lar­ger companies have difficulty with,” he notes.

Foxtail’s newly expanded national sales department contacts customers “to see what we can do spec­ifically for them,” Howard says. “One thing we’ve disc­overed as we developed new products is that smaller portion sizes are a big thing in the industry right now, which is why we came up with our line of three-and-a-half-inch mini pies in six varieties: lemon, key lime, coconut, banana, French silk and peanut butter silk. These debuted earlier this year.”

In November, Foxtail will launch a line of cobblers for the foodservice industry that is keenly focused on hotels and casinos. “We also produce and distribute no-sugar-added pies that have been very successful in the past couple of year,” he adds. “Another point on our quality is we produce all trans-fat-free products and Orthodox Union kosher-certified items.”

Approximately 90 percent of the Foxtail’s business is in foodservice; the remainder is with retail, which the com­pany intends to grow. “The current economy has put restaurant patronage at a 40-year low, but we’re seeing a lot more grocery patronage when it comes to the dessert items that we produce,” Howard says. “Our future sales strategy is focusing on retail.”