Back to Profile Gallery > Freeze-Dry Foods 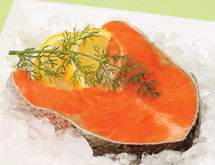 When a potential client comes to Newton Industrial Consultants – a team of engineers who help manufacturers improve performance – it is usually for one of two reasons. According to Director Adrian Butler, Newton either is needed to help a dying company, or the potential client already has strong operations, but wants to be better. When Freeze-Dry Foods approached Newton in 2009, he explains, the company was definitely in the latter category.

“With Freeze-Dry, they were a good company that was doing well, but they wanted to keep doing well and pushing the limits to be the best, so they set forth to find how they could improve,” he says.

With facilities in Oakville, Ontario, and Albion, N.Y., Freeze-Dry Foods has been freeze-drying items such as poultry, meat, seafood, eggs and cheese for more than 40 years. The company works with many of the world’s leading food companies and specialty processors to meet clients’ product needs, and it shows clients how freeze-dried ingredients can improve a product’s quality. The company has a fully equipped laboratory and its facilities are certified by HACCP, FDA, USDA and CFIA. It also works with biotechnology firms to freeze dry various biological materials.

Freeze-Dry Foods was doing well in 2009, but it wanted to improve its environmental footprint and efficiency.

“Customers want us to be cost-competitive in the market, and we definitely want to keep our costs in line,” Presi¬dent Karen Richardson says. “We believed we could do that through the better use of our equipment, plants and people, so we decided to invest in our employees through continuous improve-ment and get production gains from the better use of our physical assets.”

A Coordinated Approach
Freeze-Dry Foods had big goals, but it ran into two immediate challenges: it had to find a consulting firm that was a good fit with its own culture, and it had to make sure its employees were on board.

“When we were looking for a consul¬tant, we wanted someone who would help us make this a bottom-up process,” Richardson explains. “Newton was most know¬ledgeable about what our problems were, how we could improve and what we were al¬ready doing well. They also understood that we really wanted to invest in our employees. This wasn’t a ‘management says do it, so get it done’ sort of thing.”

Employees initially were reluctant to the idea of change, she notes, and they didn’t want a consultant criticizing them.

“We explained it would be a coordinated approach – that Newton would bring fresh eyes to help us accelerate our processes and improve,” she says. “In Oakville, we have a unionized work force. We have a great relationship with them and the union was very supportive because we stressed that we didn’t want to eliminate jobs. We wanted to get more product through our facilities and eventually hire more people. We stressed that we wouldn’t be second-guessing our employees when making these changes.”

Newton and Freeze-Dry Foods worked to¬gether very well, Butler says, and “the results were unbelievable” in terms of the success everyone achieved.

“From the start, we came in with a massive focus on training and accountability,” he explains. “The implementation was focused on the people – it was never about firing people, which is always the fear. We were very focused on making the people look good and giving them everything they needed to succeed. We were making the changes happen with the people on the floor.”

To get started, Newton’s engineers look¬ed at all the different products made by Freeze-Dry Foods and studied the equipment at each factory. “We had to determine which products and which equipment was the least efficient, and then figure out how to fix that,” Butler notes.

The main engineer from Newton set up an office in Freeze-Dry Foods’ lunchroom, so he was close to employees at all times. Newton’s engineers and Freeze-Dry Foods’ production staff worked together to control the weights, temperatures and vacuums of each product, and also improved the efficiency of equipment changeovers. The production workers tracked everything they did and reported their numbers back to Newton. They also helped put materials together for the project’s trials, and then reported the trials’ results.

“The first project was about 14 to 16 weeks in length, and it was week 10 before we were sure that the improvements would stick and that we would continue to drive output gains,” Richardson recalls. “It was amazing to see the em¬ployees’ excitement about how they were improving. The buy-in was incredible. Everyone understood that errors and failures were OK – they were all part of the improvement pro¬cess.”

In addition to training, Newton created simple systems for the production workers to use going forward.

“Everyone really gained a sense of pride,” Butler says. “It is easy for them to see when they do well, but if they have a day that’s not so great, they know they can get support from management on how to improve or fix the problem.”

Layering Improvements
Freeze-Dry Foods ran its improvement projects at its Oakville facility from September to December 2009, and then worked at its Albion site from January to March 2010. The first goals, according to Richardson, were to establish employee buy-in, implement a culture of continuous improvement, develop key performance indicators and achieve new efficiencies.

“We saw clear, definitive improvements, which was exciting,” she says. “The challenge was not to take on all of the problems at once, but to stay focused on the goals of the first project.”

These projects were so successful, she notes, that Freeze-Dry kicked off another project with Newton in October at its Oakville site. “We want more equipment and process improvements,” she says. “By layering on this second project, we expect to see greater gains in what our equipment can do.”

Both plants also will be undergoing studies on their energy efficiency in the coming months. “We’re working with the Guelph Food Technology Centre to monitor our equip¬ment in Oakville,” she says. “We want to see which equipment is using the most energy, how we can improve it and how we can modernize.

“At our U.S. plant, we’ve partnered with the University of Syracuse to do a similar energy study, which has been funded by the U.S. Department of Energy,” she adds. “On all of our projects, we look for partners who understand that the changes we make must make sense for the business.”

With the changes it has made so far,. Freeze-Dry Foods has achieved shorter lead times, Richardson notes, and it has the flexibility to provide new products that it wasn’t able to make before.

“We’ve improved our service to customers, and our energy costs per pound of food produced is definitely down,” she says. “We saw no one in our industry was doing efficiency projects for sustain-ability, and we didn’t understand why they weren’t. We will expand someday, and when we do, we will be more efficient. We will design our operations more efficiently and carry over all of the improvements we’ve made. It is really full steam ahead from here.”