Back to Profile Gallery > Frontera Produce 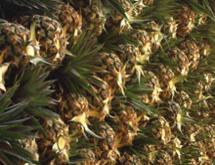 Many small- to medium-sized produce companies are unwilling to take on the challenge of growing, packing and shipping; they typically outsource one or more of those services to third parties – but not Frontera Produce.

The Edinburg, Texas-based company grows a variety of fruits and vegetables in North and South America, oversees the logistics of its operations from the field to the packing house, and then manages its shipments, while marketing its product line, to foodservice companies, retailers and consumers.

Having the capability to perform all of these activities in-house enables Frontera Produce to maintain its reputation for quality, according to Amy Gates, vice president of finance and administration. However, ensuring quality for perishable commodities is not easy, she notes. But it is achievable when you have solid, long-term partnerships in the industry.

“We source strategically, we partner strategically and we own our own ground, which is helpful,” Gates says. “Being a grower yourself adds to the dimension of the marketing and logistics side of the business.”

Aside from quality assurance, Frontera Produce’s all-encompassing business structure enables it to serve as a turnkey provider to its customer base. This is a competitive advantage in relation to produce companies that only pack or ship their fruits and vegetables, Gates points out.

Yet, the company also has an edge over the large-scale produce giants based on its agility, she says. “We can turn on a dime and make decisions very quickly,” Gates explains. “We can react quickly to good markets because we don’t have a lot of red tape.

“For a small company, we have great penetration – we are in 45 states,” she adds. “We have a strong Midwestern base and a very good presence on the East Coast. The West Coast is an emerging market for us. We do a little bit of work in Canada and will ship a couple containers to Europe, but our strong suit has been importing and selling domestically in the U.S. and Mexico.”

One factor behind Frontera Produce’s success is the sophisticated technology the company has chosen to incorporate into its infrastructure, Gates says.

“Even though we’re a small business, we would rival any large grower/packer/shipper in the technology we utilize,” she asserts. “Our budget for what we spend on infrastructure and technology has made us very successful.

“We do a lot of volume – we’ll ship 10 million packages annually with a very small staff,” she says. “We are able to leverage our technology so that we have important information at our fingertips.”

For instance, Frontera Produce implemented case-level tagging and pallet-level tracking at its facility in Edinburg and at its pineapple operation in Mexico. By embracing this technology, the company increases its quality assurance and can trace its products much more easily.

“We have management capabilities through our system to report back very detailed information with regard to where the boxes went,” Gates explains. “We can also provide to a customer case-level traceability, with data going all the way back to the field to facilitate a rapid recall.”

Frontera Produce was established in 1993 by Chairman Jim Steele, who traveled throughout the United States and Mexico selling boxes in the produce industry. “He’s not the type of person who likes to sit still, so he started his own company,” Gates says. “He wanted to make sure his customers’ needs were met. But since his expertise lied in sourcing, he needed someone to run the sales side of things. “So, he asked his son, Will – who was a police officer at the time – if he wanted to join the business, and it’s been the two of them ever since.”

Soon, the company outgrew its Edinburg facility, and the Steeles built a new facility in the northern part of town with a much larger footprint – approximately 100,000 square feet of space, Gates estimates. She was brought on as an outside consultant at the time. “I installed their business operating system and did consulting on accounting and inventory controls to help streamline their business,” Gates recalls. “About five years ago, they decided to hire me.”

The Steeles hired Ken Nabal, vice president of sales and logistics, around the same time as Gates, and the company embarked on a new path, she says. Gates and Nabal are the go-to people for Will Steele, who has since assumed the position of president and CEO now that his father is gearing up for retirement. “In the last five years, we have gone through a lot of changes,” Gates notes.

“We restructured the company to catapult us into the next level of packing and shipping. “Even though we’ve changed our structure, we still have the feel of a family owned business,” she adds. “One of the owners’ mottos is ‘family first’ because they are supportive of families and their needs.

“They recognize we have lives,” Gates continues. “The produce business can be all consuming at times. It’s a fast-paced, high-stress job, but they recognize you need some downtime.”

Another thing that hasn’t changed is Frontera’s commitment to customer service, Gates says. “We’ve done a great job in being consistent and having a great reputation of doing what we say we’re going to do,” she maintains. “That has been a big success factor for us. We respect our vendors and growing partners just as much as we respect our customers.

“Our customer base is primarily retail, but in a very close second is the foodservice industry,” she adds. “We strategically hired some sales people to help us continue to build on that foodservice market. We have a very strong foothold on the retail world, but in the last three years, we’ve made great strides in diversifying that portfolio.”

Frontera also upped the ante on its marketing program. “Our first shot out of the gate was marketing to our customers, letting everyone know who we were,” she says. “That was in the first four years. In the last couple of years, we’ve been working with our marketing company to investigate how we can strategically emerge into the consumer market, and that has a lot of implications with regard to packaging and labeling.

“Historically, we’ve been a big-box company; now, we’re looking into clamshells and product mixes,” Gates explains. “We’re doing some market research and working with our retail customers to find out what their customers’ needs are. “We’ve also been consulting with stores to help them get into the minds of the Hispanic consumers and how we can market to them,” she adds.

In addition, “We’re looking at different packing lines and ways of handling onions,” Gate says. “Onions have always been our biggest volume commodity. Although it’s not a sexy item, it’s a staple item. It helped keep us afloat in the economic downturn. “Being in the fresh produce business, we knew as we were going into the recession that people have to eat,” she points out. “But anytime you go into this type of economic downturn, it becomes very competitive. Pricing and cost analysis, in particular, have become very competitive. We do a lot of volume for very small margins because the U.S. consumer is used to very inexpensive, fresh, good produce. It’s always been that way.”

When the economy took a dip, the smart, forward-thinking produce companies began to stand apart from the ones that did not have best business practices in place to react accordingly in the event of a recession, Gates says.

“If you had a weak place in your business, that came to light very quickly,” she notes. “We immediately turned to cost and numbers analysis to see how we could remain profitable. We started analyzing things we hadn’t analyzed in the past, and it has made us that much stronger coming out on the other side.”