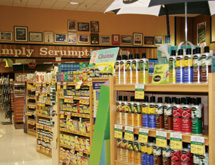 When Harvest Market opened in Fort Bragg, Calif., in 1985, there was little to distinguish it from many of its larger chain competitors in terms of product offerings and atmosphere. That all changed in the mid-1990s after founder and owner Tom Honer began focusing on natural and organic products after recognizing his customers’ demand for such items. Honer’s desire to meet this demand would also eventually lead him in 2006 to purchase Mendosa’s Market, a 100-year-old, small family owned market in Mendocino, Calif., which it renovated and rechristened as Harvest at Mendosa’s.

Harvest at Mendosa’s focuses nearly exclusively on natural and organic products, while the Fort Bragg store offers both conventional and specialty products. Both stores offer fresh produce as well as full-service meat and seafood counters, specialty wines and cheeses, and a made-from-scratch deli and specialty bakery.

Harvest Market continues to distinguish itself not only when it comes to its selection and willingness to meet customers’ requests, but also in its dedication to sustainability. “We believe in taking care of the planet and being responsible in the way we run our business,” says Jennifer Bosma, Honer’s daughter and a manager of both locations. “Environmental stewardship is also very important to our customer base, and many of the things we do are ideas we get from them.”

The store first implemented such practices in 1985, when Honer installed a refrigeration system that recaptured heat from the cooling process and used it to heat the store as well to help produce hot water. Enough heat was captured through the system to keep the store warm without another heat source, the company says.

Since then, it has implemented a number of green initiatives including:

Later this year, the store also will house an electric car charging station, one of only three in the entire city of Fort Bragg.

Harvest Market and Mendosa’s Market also reduce their solid waste by more than 50 percent through extensive recycling programs. In addition to recycling paper, cardboard, plastic, glass and aluminum, the stores collect used batteries from customers, donate leftover prepared food to a local bank and print internal documents on the reverse side of other documents that are no longer needed. Additionally, both stores collect plastic bags from customers for recycling purposes.

Harvest Market’s decision to stop using plastic bags preceded a city ordinance that went into effect in late 2012 banning their use in all grocery stores. The ordinance also requires stores to charge 10 cents for each paper bag. Rather than keeping the bag fee for itself, Harvest Market’s two locations are donating it to a local organization chosen by customers.

Growing Support
The bag fee donation is just one example of Harvest Market’s commitment to the community. The stores regularly raise money for charity. “Our community involvement really distinguishes us, and we support a number of organizations,” Bosma says.

Bosma sees the company’s community involvement growing to include collaborations with local nutritionists and hospitals, as well as more local produce growers. “I would like to see us focusing more on local sources and finding and supporting more local businesses,” she says. “I also would like to see us offer more education to our customers on the health benefits of eating more fresh, natural and organic foods.”