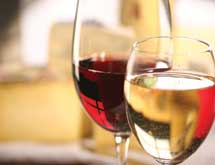 Believe it or not, there was once a time when Blue Nun and Riunite were the dominant wine brands in the United States, and the many premium wine brands that we know and love today were yet to be understood or recognized. That kind of recognition doesn’t come overnight, and no one knows that better than Henry Wine Group.

The California-based distributor has been working since 1985 to help establish quality wineries and suppliers through brand-building and marketing efforts. President Peter Baedeker says the company became a leader by focusing its attention specifically on wine at a time when other wholesalers divided their attentions.

The company was founded by owner Warner Henry, who seized upon an opportunity in the wine category that others weren’t paying attention to. “He saw at the time that there was a landscape in California of multiple distributors devoted to selling spirits,” Baedeker says. “There was no one that had the size and scalability that could get into all channels that could focus on wine.”

Henry started by founding Vintage House Distributors in Southern Cali¬fornia and soon acquired a group of regional fine wine companies. With the rise of fine wines in California in the 1980s, Henry Wine Group found success early on, and the company continues to maintain a dominant position in one of the largest wine markets in the world. Baedeker says California accounts for nearly 20 percent of all wine consumption and over 90 percent of wine production in the United States. “It’s a massive, massive market,” he says.

Serving this market successfully led to Henry Wine Group becoming the largest importer, distributor and broker in California devoted exclusively to quality wine in all categories. According to the company, a major component in its success has been its philosophy of working closely with wineries and helping them find their place in the market. “Along with his focus on fine wines, Warner Henry envisioned a distribution company that would view its customers as partners in business,” the company says. “His concept of partnership selling is what defines our business practices, opening channels for communication and collaboration that keep every partner moving forward.

“Our collective knowledge gained by experience, research and technology is remarkable in itself, but Henry Wine Group also takes a unique approach to utilizing it,” says Scott Evans, vice president of marketing. “We share information freely with our suppliers and work continuously to educate our customers. Partnership selling therefore benefits everyone involved.”

Helping smaller wineries stand out in such a crowded and active marketplace is what Henry Wine Group does best, Baedeker says, and its success in this regard is a big part of what makes the company a leader. Even though the recession has changed the way many retailers buy wine, Henry Wine Group continues to bring its considerable resources to bear and help brands find their place.

Complete Service
Baedeker says Henry Wine Group has an extensive reach into all channels of the wine market, including broad market, corporate retail, national accounts, specialty retail and hotels. The company is much stronger in the broad market than many of its competitors, he adds. Although other wholesalers have larger market share when it comes to large-scale retailers, Baedeker says Henry Wine Group has the presence in more channels to help brands establish themselves. “Brand-building is really about market perception and reach,” he says.

Vice President and General Manager Kent Fitzgerald says the company begins its brand-building process by spending time with a winery and determining what makes its products unique. “The first order of business is that they need a brand plan that is executable in the marketplace,” he says.

“It all starts with the quality of the product,” Baedeker says. “It has to be a good wine.” In many cases, wineries seek out Henry Wine Group’s assistance to help them make their marks on the marketplace, but other times the company will look for brands that fit specific niches within its portfolio. Baedeker says retailers know that Henry Wine Group has a high-quality portfolio of wines at all price points.

The company’s assistance for smaller wineries doesn’t end with simply getting them a place in the market, Evans says. “The other thing that we do is we offer literal marketing assistance to our customers,” he says, adding that Henry Wine Group assists wineries by providing them with market data and feedback. The company also assists them to produce POS displays and develop more informative packaging.

None of this assistance is possible without a strong base of knowledge to draw from, and Henry Wine Group says its employees are the most knowledgeable in the business. “At all levels of the company, our employees continue to establish the Henry Wine Group as the most professional sales company in the industry,” the company says. “At the management level, we have attracted a distinguished group of professionals whose combined years comprise centuries of wine industry experience. The members of our sales force not only share a passion for wines and a penchant for success, but they also possess a refined academic knowledge of wine and the intricacies of its production.

“However, understanding vinification and vitis vinifera is only the beginning for employees,” the company adds. “Our offices are staffed with dedicated people whose skills cover a wide range of experience in brand management, customer service, purchasing, warehousing, logistics and information technology.”

Keeping those skills honed is another area in which Henry Wine Group says it spares no expense. “To best develop the talents of our team, we place an emphasis on training in all departments,” the company says. “A formal wine education curriculum, led by Senior Vice President and Master Sommelier Peter Neptune, that verses each participant in the scholarship of wine and its making plays a significant part in ensuring that the Henry Wine Group’s employees continually develop their expertise. Our sophisticated sales and management training programs help hone and diversify the skills of our employees to a degree that few companies in any industry manage to attain.”

This knowledge and expertise is then leveraged into a variety of services to help Henry Wine Group’s customers understand their own industry more completely. “As a finishing touch, we provide our customers with value-added services such as fine wine education and training for retail and restaurant staff,” the company says. “These services help to reinforce customer relationships and ensure that our suppliers’ brands are represented properly all the way to the consumer.”

Regardless of what Henry Wine Group does for its brands, Baedeker says it works to help wineries become closer with retailers and other accounts. “All premium wine suppliers have to remember that the ultimate partner of building that brand is the customer,” he says.

Looking Ahead
Henry Wine Group’s services have become even more essential for smaller wineries and mid-tier, growing suppliers, now that the recession has taken hold of the marketplace. Baedeker says that although the recession has created a lot of panic throughout the industry, Henry Wine Group has seen it as an opportunity to concentrate on its core strengths. For example, the company at one time had operations in multiple states, but has since sold those off to concentrate on California and expand market share in its home market.

Fitzgerald says the company sees a stabilization of the marketplace coming within the next year or so, with California-based wineries emerging from the recession stronger because of their better marketing plans. In addition, Baedeker says The Henry Wine Group plans to continue to focus on California, and will enter the artisan and craft spirits market in 2012.

Evans believes that no other California wholesaler is as well positioned to enter into the artisan/craft spirits business and grow market share for these emerging suppliers. As the market changes, Baedeker says, Henry Wine Group will be able to take business away from its competitors and become an even stronger presence in the industry.