Back to Profile Gallery > Hipac Ltd. 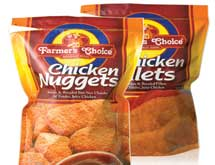 As one of the only meat processors on the island of Barbados, Hipac Ltd. makes sure it has its consumers covered. “I don’t think there’s another meat processor in the Caribbean that produces the number and range of products we do,” says Peter Chandler, sales and marketing manager.

In its 24,000-square-foot facility, Hipac manufactures a variety of processed, frozen and breaded meats. On its roster are products such as bacon, wieners, Vienna sausage, hams, chicken nuggets, fish sticks and luncheon meats. In addition to serving customers in Barbados, Hipac exports some of its products throughout the English-speaking Caribbean.

Chandler estimates that the company holds 80 percent of the market share in Barbados and roughly 30 percent in the Caribbean for its exported categories. Hipac’s main customers are distribution companies. “They can either buy our branded products, or we contract pack their particular brand of our products,” Chandler explains. “We make many variations of the same products – in different sizes, types or configurations.”

Hipac’s flagship brand, Farmer’s Choice, is known throughout the region, Chandler says. “Visitors to the island from the United States and Europe love the taste so much that they actually take some back home with them,” he notes.

Besides its product variety, Chandler says Hipac’s focus on quality is unmatched by others. The company’s facility is HACCP-certified by NSF International. “The quality of our products and also the range of the products that we produce set us apart,” he notes.

Although many flee to the Caribbean for a relaxed getaway, many of the region’s businesses haven’t been immune to bleak economic conditions resulting from the current world economic recession. Hipac has seen a change in its business, but because it offers a range of products, it hasn’t suffered as much as some.

“With the current recession, which is still affecting us, people have traded down from more pricey items like bacon and chicken nuggets to things like wieners and Vienna sausages and luncheon meats because they’re more affordable,” Chandler notes. “We’ve been able to maintain our market share and continue to do well in light of that.

“We’ve seen a change in people’s buying habits – they’re being more price-conscious,” he continues. “Some of the more expensive items have had a reduction in sales, but more affordable products that are perceived as good value have increased.”

Despite Hipac maintaining its business and market share, it faces other challenges related to the recession, Chandler says, such as the continuous rise of freight costs. The company needs to import many raw materials, such as cans – a practice that has become increasingly expensive.

“Freight has been going up quite regularly in the past 18 months,” Chandler says. “It forces us to either take a lower margin or increase our prices, but we try to hold our prices because our consumers are feeling the effect of the recession, as well.”

Hipac General Manager Leslie Proverbs has been with the company since it began in 1979 as a two-man operation making hamburger patties. Four years later, the company expanded to begin producing bone-in and boneless ham, sausages, bacon and a variety of sliced luncheon meats.

“We grew continuously, and then in 1990, we bought our then-largest competitor, Proverbs says. “They did the same products we did, but were also canning Vienna sausages and luncheon meat, so that’s when we got started in canning.”

In 1993, Hipac merged with another local processor, which expanded its processed poultry options into breaded items. “We’ve always been growing through organic expansion as well as by acquisitions and mergers,” Proverbs says.