Back to Profile Gallery > Holsum Bakers of Puerto Rico 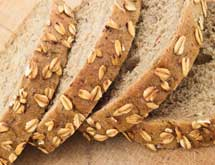 Customer loyalty is key to brand success. Many times, a customer’s affinity for a certain product can even outweigh the cost factor when selecting between comparable brands. Customer loyalty, however, is not easily gained, and with one wrong move it can be easily lost. But Holsum Bakers of Puerto Rico has worked hard to maintain this loyalty.

It turns out that one of Puerto Rico’s most-loved brands traces its origins back to Chicago. In 1908, W.E. Long formed a cooperative of bakers to commit to one quality recipe that they could jointly market nationwide. The mission gave birth to the Holsum brand, and in the 1950s, the recipe made its way to Puerto Rico and never left.

“Holsum bread arrived at our shores first during the second half of the 20th century, imported to the island from Miami by the Puerto Rico Baking Company,” Holsum explains. “Soon the Holsum brand became a Puerto Rican favorite. If the bread was so popular while being imported, what would happen if it was baked in the island? International people believed it would be a great idea to invest. Holsum Bakers of Puerto Rico, an industrial bakery, was born in 1958.”

Holsum has worked hard since then to maintain consumer loyalty. The company has evolved its bread line to include a variety of recipes such as Holsum Potato Bread, Holsum Whole Wheat Bread Club, Holsum Cinnamon Bread and Holsum Light-Weight Bread. “Holsum is synonymous with bread, the best bread,” the company says. “Our bread defines us. Holsum’s bread is made with love, dedication and pride. Over time, [through] ongoing innovation, we have perfected our procedure and recipe, achieving excellence in quality and flavor. There is always something new baking in Holsum.”

The Holsum name may be synonymous with bread, but it’s also known for many other baked products. Not long after it opened its first manufacturing facility, Holsum expanded its bread-making skills into other baked goods. The company now produces more than 150 products including buns, crackers, cakes, pies, cookies and doughnuts.

“Hardly a year at Holsum Bakers of Puerto Rico had passed when the passion to make bread gave way to the creation of a world of baked products,” the company explains. “Among the first products to hit the local market under the Holsum brand was the now-famous [Holsum Vanilla] Pound Cake. Today, the great variety of Holsum sweets, crackers and breads reflect the inspiration of our bakers who continuously strive to satisfy the Puerto Rican love for superb baked goods, while maintaining our traditional high-quality standards.”

The expansion in products led to an expansion in operations, as well. Holsum now operates three divisions to better define and improve processes within the company. Holsum of Puerto Rico manufactures breads, cakes and other sweets while Caribbean Bakers manufactures Holsum crackers. La Tienditas Holsum is the company’s retail division. Originally, Tienditas was formed as a cost center exclusively selling Holsum products, but, like the company as whole, Tienditas has evolved. “They now have become convenience stores, increasing the variety of product available to satisfy the needs of our consumers,” Holsum says.

The company owns six Tienditas around the island, but people out of reach of one of the company-owned locations can still find Holsum’s myriad products at grocery store locations throughout the territory. Holsum’s wide distribution has definitely caught the attention of consumers, but it has also received praise from various business and community organizations.

Walmart has recognized the company three times as a sustainable supplier, and the Puerto Rico Chamber of Commerce has honored it for its quality product and contribution to the economic growth of the island. Holsum employs more than 800 people, according to the company.

It has also received six recognitions from the American Institute of Baking (AIB) International. In 1998 and 1999, AIB designated Holsum with a superior rating. In the early 2000s, the company received an excellent ranking from AIB four times.

One of its most significant recognitions came just last year, when Gaither International named Holsum the “fifth most-reputable company in Puerto Rico.” The organization interviewed 2,000 people and asked questions about 70 companies with Puerto Rican operations. The company came in fifth place overall, but out of Puerto Rican-owned companies, it ranked second.

“From the beginning, the Holsum executive team clearly established its objectives, values and commitment to the Holsum consumers,” explains Ramon Calderón, Holsum’s president. “Its mission [is] to contribute to the healthy nourishing of the families that live in Puerto Rico and adjacent countries, providing the highest quality and most bread and pastry products accessible. This commitment provides the basis for our success year after year, while it pushes us to create the large variety of healthy and innovative products that we have available today for the local and foreign markets.”