Back to Profile Gallery > Inventure Foods 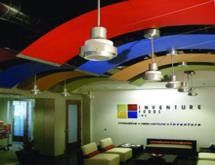 When Terry McDaniel stepped in as president and CEO of Inventure Foods nearly five years ago, it was a refreshing new start for himself and the company. Originally, McDaniel came to Inventure as COO before moving into his current position two years later, and he brought with him 30 years of marketing and sales experience in larger and more established food industry companies. He was excited by the potential for growth and innovation that Inventure could produce, and with a two-part strategy based on a unifying corporate identity, McDaniel led the way to that growth and innovation road that the company still travels on today.

“We realize in the snack business that just to copy what is already out there is not good enough,” McDaniel says. “We have to do things that separate ourselves, and we’ve been able to create some unique and different things.”

That passion to create something new began in 1983 with the Poore brothers, Jay and Don. The two had careers as engineers installing and fixing bagging machines at snack food plants. Being surrounded by the inner workings of the potato chip business, the brothers no­ticed a lack of heartier chips. The two created a thicker-cut, kettle-cooked chip, Bob’s Texas Style Potato Chips. The snack became so popular that the brothers sold the business and moved to Arizona to launch the Poore Brother’s brand. The company would later buy back its original chip in 1998 after going public in 1996.

In 2000, the company acquired another brand, Boulder Canyon Natural Foods, currently one of the fastest- grow­ing natural snacks. The purchase marked its change from a local chip maker to a national snack food producer. It solidified that change in 2006 with its new name, Inventure Foods.During all this progression, Inventure experienced a burst of growth from 2000 to 2004 spurred by the licensing of T.G.I. Friday’s snack foods.

The partnership allowed Inventure to leverage the retailer’s name recognition in marketing the new brand, while the restaurant gained a new revenue stream with a cut in the brand’s profits. It’s a win-win relationship that Inventure would use again in the future. But following that four-year growth, Inventure’s profits remained stagnant in 2005 and 2006. Determined to change that, the company brought in fresh minds with fresh ideas. “That was when there was a lot of change in management and a change to the overall strategy,” McDaniel says. “The T.G.I. Friday’s strategy had served the [company] well, but [it] needed to go beyond that, and so we split the strategy into sections.”

Since the company bought Boulder Canyon back in 2000, Inventure has had two sides to its business: indulgent snacks on one side and healthy and natural food products on the other. But it wasn’t until 2007 that both sides began to get the same attention. Accor­ding to McDaniel, healthy and natural snacks were only 2 to 3 percent of the company’s revenue in 2006, a figure that didn’t trend with what the country was seeking. “One area of our business that we were just totally miss­ing – which is where the consumer was going then and is still going today – is the heal­thy, natural segment,” he says.

Boulder Canyon Natural Foods started as a line of kettle-cooked chips using all-natural ingredients and fresh potatoes cooked in small batches using sunflower and/or safflower oil. Inventure nurtured the brand by ex­panding its product line and geography. Today, the chips come in 12 flavors, ranging from the classic hickory barbecue to the spicy jalapeño cheddar to the savory par­mesan and garlic flavors and can be found throughout the country. The attention to developing the brand resulted in 30 percent growth in both 2007 and 2008, and 20 percent growth in 2009. As of October 2010, the brand is up in revenue by 61 percent.

The success of Boulder Canyon was matched with another winning product acquired for Inventure’s healthy and natural area, Rader Farms. The Rader family has been harvesting its raspberries, blueberries and rhubarb in Washington since 1941. It also sources a network of the finest fruit growers to include marionberries, dark sweet cherries, cranberries and strawberries in its line of premium frozen fruits. At the time of the 2007 acquisition, the brand was a $27 million company. With Inventure at the helm, it nearly doubled that number in 2009 with revenues of more than $40 million.

Adding to its healthy and natural segment, which now accounts for roughly half of Inventure’s business, it has also partnered with Jamba Juice to create the do-it-yourself version of the smoothies made at Jamba Juice chains. The product was introduced in April 2010, and each bag is stocked with the necessary ingre­dients to produce two eight-ounce smoothies, all the consumer needs to do is add his or her own juice and blend. Its three flavors, Mango-a-go-go, Strawberries Wild and Razzmatazz, account for a serving of fruit, are less than 120 calories and are completely natural.

Initially, the smoothie was targeted for a West Coast launch, but Jamba Juice’s 40 percent brand recognition drew the atten­tion of retailers such as Walmart and Target, taking the product national. It now is in 6,000 retail lo­cations.

While grooming its healthy brands, Inventure has furthered its reputation in the indulgent brands. It saw an opportunity through a partnership with Burger King, the fast-food chain not only known for its burgers but its onion rings, as well. With a dedication to stay as close to the original shape and taste as possible, Inventure was able to duplicate the restaurant version of the onion rings and lock it in a snack bag. Since then it has developed other Burger King products such as French Toast and the new Hot Fries and Cheesy Fries.

“We work with the retailer to make sure that the product delivered to the super­­market that the customer brings home to their kitchen is as close a match as possible to what the experience was at the restaurant,” McDaniel says.

In marketing its products tied to retail brands, Inventure utilizes cross-prom­oting. For instance, if you buy a T.G.I. Friday’s snack you can get a $5 coupon to use at the restaurant. When launching the Jamba smoothies, the Jamba Juice retail store carried cou­pons for the new product and vice versa. “You think about the amount of money it takes to establish a brand-new brand that doesn’t have a name, it’s difficult for a company of our size,” McDaniel says. “But if we can find the right partner – and we have three excellent partners in Friday’s, Burger King and Jamba Juice – it can be very successful.”

All of the changes throughout the last three years have resulted in steady growth. In 2007, net revenue increased by 30 percent; in 2008, it increased 24 percent and by 7 percent in 2009. McDaniel says the added profit has been reinvested back into the company’s employees, product development and manufacturing plants.

For Boulder Canyon, the company has de­v­eloped the Rice and Adzuki Bean Artisan Snack Chips and two hummus-flavored tortilla chips. The flavor and spices appeal to consumers’ taste buds while providing an all-natural snack free of gluten, trans fat and cholesterol. “As consumers look for heal­thy alternatives, they are not going to compromise on taste,” McDaniel says. “You can have the healthiest product, but if it doesn’t taste well, consumers are going to avoid it.”Another benefit consumers are looking for is convenience.

The company purposefully developed the Jamba All Natural Smoothies to include all the ingredients except juice – a staple in the average refrigerator. It also produces a variety of frozen fruits under its Rader Farms brand and for premium private-label customers. Recently, it introduced new packages of frozen fruits in stand-up pouches and snack packs, which consist of four single-serve pouches per bag. Customers can pull out one bag for a snack or as a topping for desserts. “I’m really proud of our team and what they have done in the fruit area,” he says. “They have really taken a category that has been a little more commodity driven and turned it into a brand and a real solution for the customer and consumer.”

This innovation and investment has also continued for its indulgent brands. At its facility in Bluffton, Ind., the company has dual-sheeted dough lines; it is the only; snack company with that capability. The upgrade allows it to produce the T.G.I. Friday’s Cheese Quesadilla Chips. It also has twin extrusion machinery to create puff­ed and filled products. At its Goodyear, Ariz., facility the company is adding two more lines for kettle chips to drive efficiency and future growth. This two-part strategy – developing its healthy and natural brands while furthering its indulgent snack brands – has paid off for Inventure. McDaniel says it wasn’t the stra­tegy alone that took Inventure forward.

“Putting a strategy in place was one thing, but before we even had the strategy, we tried to get the organization to understand and lay out a vision of what we were going to focus on, and we needed to align the organization around that vision,” he says. “And we did that.”