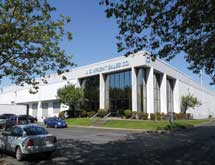 J.C. Wright Sales Co. distributes more than 8,000 gourmet, kosher and ethnic food specialties and 4,000 non-food items in the Pacific Northwest from the Canadian border to Eugene, Ore. But the company’s success since 1947 has been gained from weathering a complete transition from institutional to retail food sales.

Although during its first three decades it specialized in some imported foods, much of its business was from foodservice and institutional customers. “It was 100-pound sacks of flour, bulk nuts, dried fruits and catering to bakeries and restaurants, as well as some other smaller independent grocery stores,” recalls Jack Wright Jr., CEO, co-owner with his brother Kevin and son of the founder.

When his father passed away in 1972, ownership of the company passed to their mother, and day-to-day management was by his father’s vice president. In the early 1980s, Jack, who had started with the business in 1976 by sweeping floors during summer college breaks, told his mother that she owned a dinosaur.

“You don’t see dinosaurs running around anymore, and you won’t see your company unless you get up-to-speed on what it needs to become more user-friendly,” he told her. Among the improvements he recommended was computerization. The company was selling thousands of products to hundreds of customers, but the vice president had resisted this move.

Jack and Kevin’s mother decided the company had to be computerized, so Jack began researching computer systems in 1982. When the system was implemented in 1983, the vice president, who then was in his 70s, decided to retire. “My experience at that point in time had been working in the warehouse, working with the truck drivers, going to school and getting a little bit of outside sales experience in the summer filling in for salespeople,” Wright remembers. “I also had spent a little time in the office.”

Ownership of the company was turned over to Jack and Kevin in 1984. It was relying on foodservice and institutional business from military and government bids and school districts. “When my brother and I took over, we looked at it and decided we needed to go in a different direction and put 100 percent of our efforts toward retail rather than the food service aspect,” Jack relates.

Margins were being sliced razor-thin in government work, payment was slow and at that time there was little competition in retail specialty gourmet foods. “We had to justify our existence through value-added services and make sure we were doing things for the customer that were going to save them money,” Wright explains. Although this realignment initially downsized the company, it since has grown larger than it was.

Today, J.C. Wright Sales Co. distributes Knorr soups and sauces, Celestial Seasonings teas, Ronzoni pastas, Kettle potato chips, Blue Diamond almonds and other products. They are shipped in 10 temperature-controlled tractor-trailer trucks along the West Coast’s I-5 corridor to Whole Foods stores and ones owned by Kroger, Safeway, Albertsons and independent grocers. Often, orders are written and turned around in less than 24 hours.

“A big part of what we do is actually taking care of local smaller manufacturers as well in getting their product to market at retail, and that can range from chutneys to barbecue sauces and local manufacturers of tortilla chips and other snack food items,” Wright lists. “Local manufacturers of tea and coffee are big categories for us.” Small cans of energy drinks called energy shots also are proving popular.

Non-food items include pet and auto supplies, kitchen and wine accessories, sun and reading glasses, and hardware. Items that have proven profitable recently include bags of potting soils and bark, gloves, and hats.

J.C. Wright Sales Co. tracks products in stores to see whether they are selling or need to be replaced with something new. The company’ salespeople also are in their stores frequently to address customer needs.

“That’s also one of the things that really separates us from our competition – our ability to manage both the retailer side with customer service as well as communicate and work very closely with manufacturers to have an understanding of what it is they are looking for and actually implement and execute programs from start to finish,” Wright maintains.

J.C. Wright Sales Co. has led the way in gourmet and ethnic food distribution in the Northwest since its inception in 1947. What started as a modest family business by Jack Wright Sr. has grown into a respected specialty food distributor through the leadership of Jack Wright Jr., Kevin Wright and their respected team of employees.

Today, the company warehouses and distributes more than 8,000 gourmet, natural and ethnic foods as well as 4,000 non-food items from its Kent, Wash., facility. It currently serves the Northwest from the Canadian border to northern Oregon via its own temperature-controlled trucks.

Regular deliveries are made to:

A $500 minimum order is required for delivery. The company also can coordinate cross-dock or drop-ship arrangements/partnerships for pick-up or delivery to central facilities based on customer demand and needs.

In addition to delivering via its own trucks, its products are available everywhere else transportation serves. Customers are responsible for respective freight costs.

In addition, J.C. Wright Sales Co. is the exclusive distributor of many lines in the Northwest that are unique, exceptional and not sold everywhere.

The company is committed to providing customers with a diverse array of products to meet the needs of the Northwest’s progressive marketplace. It strives to provide “wall to wall” product availability and merchandising solutions to match the unique demands of each customer.

To this end, the company’s buyers are extremely knowledgeable regarding industry trends and consumer demand and are diligent about sourcing and selecting the best products from all over the world. “We are passionate about the products we distribute and take great pride in distributing our products throughout the Northwest,” the company says.

“We also take pride in providing our customers with the very best selection available, and to this end, our buyers are diligent about sourcing and hand selecting the very best products available,” the company says.

This translates into supporting local farmers and suppliers from the Northwest, partnering with local chefs to launch products and procuring products from the rest of the United States and internationally to meet the diverse needs of customers.

“We are proud of the partnerships we have formed with our customers and recognize that they are industry-leading organizations and represent some of the very best retailers in the United States,” the company says, adding that its employees rise to the challenge of serving these industry leaders. “Our entire team is focused on our goal of exceeding our customers’ expectations each and every day.”

J.C. Wright Sales Co. has a variety of services and programs to support its selection and customers’ objectives. The company’s goal is to work closely with each customer to tailor programs based on their unique market needs.

Varied order and delivery options include: