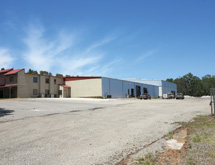 When Ramiro Deleon Roel started La Fama Foods Inc. with the help of his wife, Yolanda, his intention was to support his family. He never dreamed the small corn tortilla production company he started in 1982 would grow to the size it is today. Coming from humble beginnings, Roel had started his career as a baker in Mexico and his wife was an agricultural worker when they entered the United States.

Their daughter, Sandra Roel, started working at the family business as a young girl. “I’ve been working here since I was 10 years old,” she recalls. “My brothers were nine, seven and five; we had little bitty things to do. Dad would get them up to load trucks. It was a thing with my father – the work ethic, the love of what you’re doing.”

Roel officially retired in 2003, handing the reins over to his four children, but not before significantly growing the company to an impressive level. What began as a single three-row corn tortilla-making machine with Roel himself serving as the delivery truck driver had become a six-line operation with a well-varied product line and a 10-truck distribution network into 14 states.

Even as he was retiring, to his surprise, the enterprise continued growing in a way he never imagined. “He did what he had to do to make a living for the family, and he wanted to seize the opportunity to do what he came here to do,” his daughter notes. “It’s the American dream – work hard and see the results of your labor.”

A Family Team
Today, the Roel siblings depend on each other to keep La Fama moving forward. The four of them are part-owners, each with a specific capacity. Sandra Roel is treasurer, Raul Roel has the role of president, Reggie Roel acts as vice president and Ruben Roel is the plant manager.

In the nine years since Ramiro Deleon Roel retired, La Fama has surmounted several challenges. The plant, which cooks several thousand pounds of corn each day, produces corn and flour tortillas in various sizes, colors and widths. It has also expanded its product line to include wraps, chips, taco shells, chalupa shells, masa and tamales. Moving at the pace of customers’ ever-changing needs is no easy feat, but La Fama has responded to consumers’ different dietary needs, such as gluten-free and healthy alternatives, while addressing the requirements of its direct buyers.

One major change in the tortilla industry is the move to a longer shelf-life. The cost and difficulty of refrigeration has prompted restaurant and storeowners to seek foods that will last longer without spoiling. According to Sandra Roel, the company has researched new chemicals to add a small fraction of preservatives to its products.

La Fama continuously checks in with consumers to identify their needs. Instead of looking for buyers for its products, the company produces what the buyer wants. “It’s more about what the customer needs,” Roel notes. Even though La Fama changes its recipe to suit people’s needs, it remains consistent in its quality and ability to please large clients such as Sysco, Sigma Foods, US Foods, Springfield Grocers and Specialty Food, she adds.

A Growing Company
The expansion and success of its product offerings has brought on some growing pains, and La Fama is bursting at the seams. It will be moving from Longview to Ore City, where a bigger facility will feature a warehouse with more than enough room for production and refrigeration. The Roels look forward to this big step, knowing the larger space will help prepare them for future growth.

As the family prepares for this new development, it is aware this is the time to be especially organized. Sandra Roel says she and her siblings will continue to closely monitor every penny that goes into production costs. They plan to keep a watchful eye on procedures and adhere to policies to make sure everything is running correctly during this major change.

Looking back, Roel sees that the basic business philosophy behind La Fama is still the same, although some goals have changed. She and her brothers continue to work hard and she notes that as they progress as the second generation, their intentions are to steer the company to further growth. “We want to be good at what we do,” she says. “For my dad, it was about survival, and for us, it’s about continuing what my father established and making it better.”