Back to Profile Gallery > Lerum AS 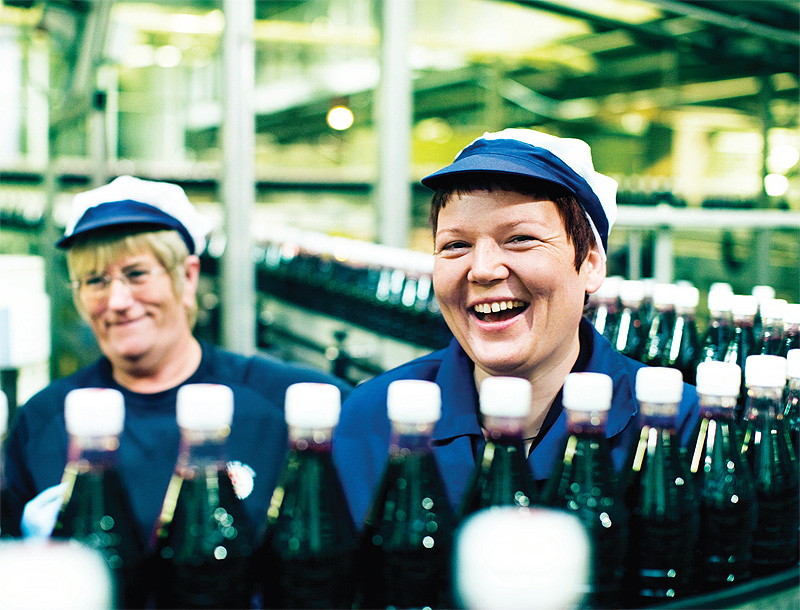 Lerum AS has been at the heart of Norway’s fruit syrup, jam, and juice market for over 100 years, and though this has required it to change with the times it has also managed to remain true to its roots

Karl and Nils H Lerum owned a grocery shop to which farmers would deliver, amongst other things, raspberries. These raspberries needed to be sent to Bergen by boat so they could be sold at the market there. One day, however, two containers of berries had been left on the pier. Rather than throwing them away the brothers had the idea to convert the exposed berries into fruit syrup, which they did in their kitchen. During the next visit to Bergen market they sold the fruit syrup they had made and their customers liked it so much that they demanded more. With this first success behind them, they began to manufacture it.

This happened in 1907, making the company over 100 years old. Beginning with a tiny two-person operation the company has grown steadily over its history and remained within the Lerum family for four generations. It now employs approximately 130 people across two factories in Sogndal, west Norway, where the company has become an important part of the local economy. This region is known as one of Norway’s best for growing berries and other fruits, making the company ideally located to produce leading fruit syrup, juice, and jam products. Yet, despite this location, the company is only able to get a small portion of the materials it needs from the surrounding areas because of the high customer demand it needs to meet.

In 2009 Lerum produced 30 million litres of juice, 13.5 million litres of fruit syrups and 7.5 million kilograms of jam. The company’s BRC-certified range of products is sold almost entirely in Norway, though very small amounts of business with Sweden and the Baltics exist as well. Last year this translated into an overall turnover of 445 million NOK. Until 1998 the company produced Pepsi products and after that produced its own range of soft drinks, but in 2007 a decision was made to return to producing fruit syrups, jams, and juices only.

Being an old company, it has been necessary to continually modernise for it to remain on the market’s leading edge. Trine Lerum Hjellhaug, great granddaughter of the company’s founders and currently its managing director, highlights the need for continual upgrading: “I think we need to do continuous improvements. We need to develop new products that the consumer likes and wants to buy again. To do that we need to invest in marketing, new machines and equipment, and in knowledge.”

It is the taste of Lerum’s products that maintains its success, and the company invests a lot of money in research and development (R&D) to provide continually improving products. R&D is also being used to investigate the health benefits of fruits it uses, as Trine explains: “We are in two big R&D projects in Norway. With one of them we are trying to develop new types of strawberries and raspberries. With the other project we have tried to make a natural apple juice which is low on sugar and high in fibre.” This focus on the health benefits and taste of its products can be summed up in the company’s motto: ‘We are going to create healthy and tasty experiences based on first class fruits and berries.’

To maintain a high level of effective research and development Lerum co-operates with local schools and universities to encourage future talent. This has resulted in most of the company’s employees coming from the local district, however this isn’t always possible. For marketing advice and expertise Lerum must look for people in Oslo because that is where Norway’s leading marketing environment is located.

Trine goes on to explain that the recent economic situation appears to have affected Lerum’s business, though in an unexpected way: “We see that cheaper and lower quality products are increasing in volume, but we also see the premium products containing more berries and a higher price increasing. It is the segment in between that has been decreasing.” This hasn’t provided the company too much of an obstacle, however, as it is able to deliver products in all sectors of the price range.

For the next few years Lerum plans to continue its R&D projects and develop its product range, and to gain customers from the improvements made. Though, as Trine illustrates, it wants to maintain the company’s traditions: “We want to be true to the strategy of using high quality raw materials in developing products, including products in new categories that are based on fruits and berries. We don’t know what these will be yet but we have to do it.”