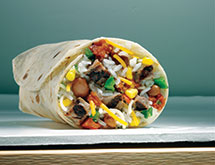 With more than 30 years of experience in the restaurant industry focusing primarily on development, Perry Brush was named president of Mexican Restaurants Inc.™ last year to help turn the company around and expand the brand.

“I built my first restaurant in 1984 and never looked back,” he says. “I have worked for a lot of different restaurant companies and I’ve seen well-run companies and challenged companies. That’s the experience that gives me the ability to guide this company and drive this organization into our future, which is heavily dependent on growth and development.”

Brush was first introduced to Mexican Restaurants after he became president and chief development officer for Williston Holding Co. (WHC), an infrastructure-development company formed in 2012 to develop, own, operate and invest in projects in the Bakken Region of North Dakota. A member of the WHC board, who was also an investor in Mexican Restaurants, brought the company to WHC’s attention over concerns it was not being run properly, staying stagnant and not living up to its potential.

“With the right management team in charge, they felt they could turn the company around, head in the right direction and bring back the shareholder value that had been lost over the years,” Brush explains. “They approached us at WHC and we felt there was a lot of opportunity there.”

The Brands
The first Monterey’s Little Mexico restaurant was established in 1955 as Monterey House and offers Tex-Mex and authentic Mexican dishes created from family recipes that have been passed down from generation to generation. The atmosphere is that of a more traditional Mexican cantina.

In the early 1970s, Casa Ole was created by a former Monterey’s employee to provide franchising opportunities; something Monterey’s did not offer, and to compete against it. Crazy Jose’s is known for its “cool” music, bright colors, fun staff and taste of fresh Santa Fe-style Mexican food. Tortuga Mexican Kitchen began as Tortuga Cantina and had a greater emphasis on seafood. Over the years, Tortugas’ menu evolved to more of a Tex-Mex cuisine. The company plans to reintroduce more coastal cuisine and potentially develop more locations along the Gulf Coast.

Überrito is a fast-casual restaurant that offers a variety of burritos, tacos and bowls. The burritos and bowls offerings include seven different proteins, more than two dozen toppings, six homemade salsas and four flavors of tortillas providing “More Choices, More Flavors™” than any of its competitors. “The combination of these offerings is what really distinguishes us from our competitors,” Brush says.

Focused on Growth
Mexican Restaurants is focused on launching more Überrito locations. The company believes it is a strong concept with a broad appeal and can compete well against established competitors, Brush says. Construction began this summer in Houston and Phoenix on five new restaurants and has plans for continued growth and expansion.

“We feel Überrito is a concept we can grow rapidly and will appeal to a large audience with economics that will appeal to both investors and franchisees alike,” Brush explains. “The concept will deliver the best and quickest return to our shareholders, which is one of my responsibilities. In the short-term, we will focus on this to help revive the organization and move it forward.”

“The executive leadership team at Mexican Restaurants is an exceptional group of people with lots of experience in the restaurant industry and financial sector,” Brush notes. “I am fortunate to have a talented group surrounding me to take a lot of the load. It’s a team effort.”