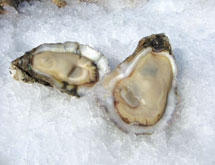 A family with seafood industry ties dating back to the 18th century is marking a major landmark this year. Motivatit Seafoods LLC, owned by the seventh generation of the Voisin family, is celebrating its 40th anniversary. The company is the latest seafood-related endeavor for the family, which has been involved in the business since its first generation arrived in what is now Louisiana from France in the 18th century, says company President Mike Voisin, who co-owns Motivatit with his twin brother, Steve.

Mike and Steve have been with the oyster producer each one of those 40 years, as they started working for their father and company founder, Ernest Voisin, as teenagers. “We’ve been deckhands, swept floors, culled oysters, shoveled oysters and shucked oysters … whatever it takes,” Mike says. “We’re blessed to have the opportunity to grow with the company and the seafood community.”

The next generation of the Voisin family business is secure, as Mike Voisin’s son Greg, daughter Sandy, son-in- laws Jason and Marcello, and Steve’s sons Jarod and Jason are now involved with and working for the company.

Mike and Steve Voisin oversee a company that has grown from a small harvesting operation to a multimillion-dollar company that processes 60,000 pounds of oysters a day. The company predominantly sources its oysters from its farm in central coastal Louisiana, and processes them in two nearby plants. Five main products are derived from each batch of oysters Motivatit processes:

Motivatit ships its products to retailers, distributors and restaurants across the country. The company recently expanded its retail business to address the decline in dining out caused by the global recession. “We’ve changed and modified where we sell our product, because while people have to eat, they’re not necessarily going to do so in restaurants,” Voisin says.

Motivatit uses a high-pressure hydrostatic process to detach the oysters from their shell and reduce bacteria without using heat or affecting the oyster’s taste or texture. This process gives the oysters a longer-than-average shelf life of 21 days, Voisin says.

Oysters are graded and banded by hand before going through the process. The band seals the natural ocean flavor into every Gold Band Oyster, while the pressure releases the oyster muscle from the shell. The end result is a safe, easy to open, extended shelf-life oyster, which has been recognized for its award-winning flavor. Motivatit is working on installing an automatic banding machine, he adds.

“This process sets us apart from others in the oyster community and gives us a high-quality product,” Voisin says.

The company recently installed a computer grading line that takes pictures of each oyster and grades it based on size and quality after going through a unique washing process. Oysters are also hand-graded, with oysters judged of the highest quality going through the high-pressure hydrostatic process. Other oysters are shucked and used for meat, he adds.

Motivatit is looking to use its process on other seafood products including clams and crabs.

The hydrostatic process gives Gold Band Brand oysters a superior taste that has earned the company a number of kudos in recent years. The oysters were judged “Best Tasting Fresh Raw Oyster” by the professional chefs of the American Tasting Institute in 2002, 2003 and 2004. The company has also been recognized by the National Fisheries Institute, receiving its FINesse award for Industry Advancement, Voisin says.