Back to Profile Gallery > Motivatit Seafoods 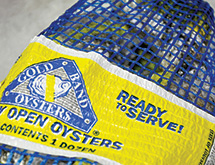 There are many family owned oyster companies, but Motivatit Seafoods sets itself apart with a high level of trust between the members of its management, President and CEO Steven Voisin explains.

“As the years went by, there was never a time where there was any doubt about what was taking place amongst the family,” he recalls.

That has benefited the Houma, La.-based company, which his father, Ernest, founded in 1971. A native of Louisiana, Ernest Voisin previously worked in the aerospace industry in southern California.

Although it was a different industry, the elder Voisin’s experience gave him business skills that would be critical when managing Motivatit. Eventually, “He wanted to move home and get back involved in the seafood business, particularly oysters,” Steven Voisin says.

When Voisin and his brother, Mike, joined their father, the three started the company. Today, Motivatit specializes in oyster farming and processing and offers a full line of fresh and frozen oysters, along with custom packaging.

The company employs a staff of approximately 100 workers that strive each day to process 500 sacks of oysters and sell the excess sacks to other processors. “We provide them to restaurant groups, wholesale distributors and some casinos,” Steven Voisin says.

Food safety is critical for Motivatit and it strives to ensure its oysters are bacteria-free. Through the use of its high-pressure processing (HPP) system, the company reduces Vibrio bacteria levels to non-detectable levels, but without the use of heat and any change to the product’s texture.

The company’s patented HPP process even shucks the oyster. “The abductor mussel is released once the process is finished,” Voisin says. “It’s a whole oyster floating around within its shell.

“We also feel that the process helps enhance the flavor a little bit,” he adds, noting that the source of the oyster plays a part. “Some areas just have a different flavor than some areas with different currents.”

Motivatit also strives to avoid bacteria at the boat level, Voisin adds. “[We have] changed the methods with which the boats have to harvest the oysters,” he says, noting that the regulations change constantly.

“Every year, it seems to get a little bit tougher on the harvest, which creates a little bit of hardship,” he says. “That has been a big concern.”

Strong Skills
Voisin is proud of Motivatit’s staff. “We have good people,” he says, highlighting the company’s management team, which includes many longtime veterans of the company.

Motivatit keeps its employees’ skills strong by providing them with constant training, Voisin says. This is essential since oysters are more complex than other seafood products, such as clams. “Oysters are irregularly shaped,” he says.

Making Preparations
Motivatit will celebrate its 45th anniversary next year.

“We’ll have a little in-house dinner,” Voisin predicts, noting that the company will have an even bigger celebration when it reaches the 50-year mark. The operation also will continue growing, he believes.

“Little by little, we’ve been growing as we’ve been going all along,” Voisin says, adding that he is developing a succession plan.

After the deaths of his father in 2009 and his brother in 2013, “I’m the last man standing,” Voisin says, noting that he plans to manage the company for a few more years.

“But there’s going to be a transference to the next generation.”

Although the process is in the early stages, “That’s a big step,” Voisin admits, noting that he wants Motivatit to enjoy continued success under the leadership of his children.

“My responsibility is to prepare them to take care of things properly.”