Back to Profile Gallery > Paramount Group of Hotels

From its humble beginnings, The Paramount Group of Hotels has matured quickly to become a leading player in the domestic hotel industry

Established in 1994, Paramount Hotels is a relatively recent entrant to the British hotel market. It started out with only four hotels, which were Shrigley Hall in Cheshire, The Angel Hotel in Cardiff, The Cheltenham Park Hotel in Cheltenham and The Palace Hotel in Buxton. In 1997, three hotels were acquired from Forte Hotels: The Imperial Hotel in Blackpool, The Imperial Hotel in Torquay and The Majestic in Harrogate. Paramount Hotels didn’t stop there; it went on to purchase The Old Ship in Brighton in 1999 followed by four other hotels from the Scottish Highland Group comprising of The Carlton Hotel in Edinburgh, Redworth Hall in County Durham, The Marine in Troon and The Stirling Highland Hotel in Stirling. The following year, Paramount decided to add the perfect conference hotel to its portfolio when it acquired The Oxford Hotel, located just outside Oxford city centre. Dawnay Day Hotel Management Ltd was created in 2004 in order to manage the portfolio of hotels on behalf of the Dawnay Day Group. The company continued its journey of growth in January 2005 with the acquisition of three Hanover Hotels at Basingstoke, Daventry and Hinckley, as well as Walton Hall Hotel & Spa. Ending the year on a high note,Paramount purchased another three hotels from Furlong, The Lygon Arms, a small leading hotel of the world in Broadway Cotswolds; Billesley Manor, near Stratford-upon-Avon and Combe Grove Manor, near Bath.

The Paramount brand was subsequently rolled out to many of these hotels and the company also created a premium Signature brand. This concept was rolled 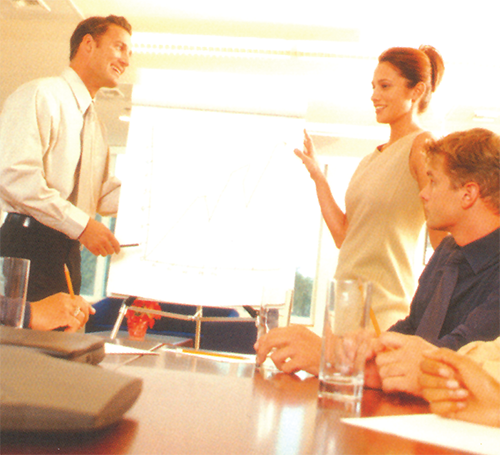 out across the three Furlong hotels acquired in December 2005, with The Lygon Arms as the flagship. This has enabled the group to leverage the value of this acquisition and recently Shrigley Hall Golf & Country Club has been upgraded to this brand. The Lygon Arms’ Average Room Rate (ARR) is at more than 100 per cent premium compared to the current ARR achieved in Paramount hotels whilst the other two, Billesley Manor and Combe Grove Manor are at 30 to 40 per cent; therefore the group expects these hotels, also part of the Signature brand, to enjoy at least a 20 per cent increase in ARR.

Operating a portfolio of 20 four-star quality hotels around the UK, the group is investing heavily in a substantial refurbishment programme across its properties, with major projects being undertaken at The Lygon Arms, Broadway and Shrigley Hall Hotel, Golf & Country Club in Cheshire – both Paramount Signature Hotels – as well as the Paramount Walton Hall Hotel & Spa in Warwickshire.

At The Lygon Arms, a full rooms refurbishment programme will commence in the existing bedrooms as well as the creation of additional rooms, giving the hotel 78 bedrooms; all with executive specifications including air-conditioning and wireless broadband connections. A complete overhaul of all public areas is also underway, which will include the reconfiguration of the reception area and refurbishment of the two AA Rosette Great Hall Restaurant and Cotswold Bar together with a new developed Continental Café.

Refurbishment at Shrigley Hall Hotel, Golf & Country Club has been continuous since January 2006. Eight Premium Rooms in the Old House have been redecorated, with new soft furnishings and bathrooms, and the Courtyard Bar completed redesigned – to date 32 bedrooms have been refurbished throughout the hotel.

The Paramount Walton Hall Hotel & Spa in Warwickshire is currently undergoing a major £12 million refurbishment, which, when completed in 2007, will give the hotel numerous and variable state-of-theart facilities, three restaurants and 196 stylish bedrooms. The hotel boasts a listed Stately Home main building, set in 65 acres of landscaped gardens, dominated by a lake, making it an ideal retreat, while still being conveniently accessible. Additional work across the group includes the refurbishment of all existing bedrooms as well as the creation of ten additional bedrooms at The Paramount Majestic Hotel, Harrogate and 43 new rooms at The Paramount Redworth Hall Hotel, County Durham. The Paramount Daventry Hotel in Northamptonshire will see all its bedrooms revamped with the provision for an additional 17 rooms and public areas will be renovated and re-designed, creating a completely refreshed and welcoming venue.

Enhancements are also being made to a range of public areas at a number of hotels. The Paganini Suite at The Paramount Old Ship Hotel, Brighton, is to have an upgrade including development of entrance from suite onto street. The refurbishment will enhance the existing Regency style reflecting Paganini’s life and times. The Paramount Hinckley Island Hotel, Leicestershire, has ‘revved up’ its newly refurbished and renamed Triumph Bar. Named after the local motor manufacturer, the bar now features an original Triumph motorcycle above the bar.

Having grown significantly over the last 12 years, Paramount is today a leading player in the domestic four-star hotel market. The company believes that, because it started small, it has got to know what really works in the hotel industry – it appreciates what customers want, what they want to pay and how they want to be looked after. Paramount Hotels’ focus has not only been on growth and investments, but has also always been on creating loyalty, which means providing top-notch customer service.