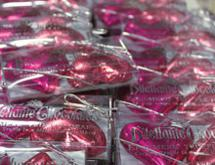 For most companies operating in the food industry, a common drawback is deciding whether to focus on quality or quantity, as most find it nearly impossible to achieve both and remain profitable. Thanks to best business practices and a corporate commitment to exceed its customers’ expectations, Seattle Gourmet Foods (SGF) is one of the exceptions, General Manager Tom Means says.

“Seattle Gourmet Foods has a very unique position within the gourmet foods industry in that we can provide high-quality gourmet food products in large volumes,” he states. “That is our competitive advantage. The nature of the industry is made up of a lot of small- to medium-sized companies that may not have that capability.”

SGF was founded in 1993 as Frederick’s Fine Chocolates, a small confections producer based out of a Pacific Northwest department store candy kitchen. Between 1994 and 2006, the Kent, Wash.-based company grew organically and through strategic acquisitions, eventually adding 11 brands to its repertoire.

Today, SGF manufactures and sells products under nine of its own national brands. It is one of the largest breath mint manufacturers in the United States and operates a fully automated production line with a capacity of more than 18 million tins per year through its Myntz! brand. In addition, the company is the sole importer of Venezuelan coffee beans into the United States through a proprietary direct trade relationship it established in 2008, and it operates its own in-house air roaster.

SGF’s flagship brand, Dilettante, has been producing high-end, gourmet chocolate since 1976 based off of recipes dating back to 1898. SGF now operates six retail locations – or “mocha cafes” – under the Dilettante Brand, which include a mocha martini bar and restaurant. In addition, the company is one of the largest panning operators in the country with capacities of more than 7 million pounds of chocolate-covered products per year. It is also one of the largest producers of hand-dipped truffles, and can produce more than 2 million pounds of enrobed chocolates annually.

Overall, SGF offers 350 product SKUs to more than 1,000 wholesale and retail customers domestically and internationally. In addition to its own product lines, the company operates a lucrative private label business. “We are always asking questions and taking a critical eye toward our own processes just to ensure that we are consistently improving as we move forward,” Vice President of Sales Alexis Taylor says.

“The gourmet food industry is very dynamic and one that faces many seasonable trends or fads,” Means adds.

“I’ve enjoyed the challenges and opportunities and rewards of our continued growth both internally and through our acquisitions,” Means adds. He has been the general manager since the company’s inception. “It certainly has been a learning experience in developing and integrating all of these product lines into our company. But we are optimistic about 2010.”