Back to Profile Gallery > Sparkling ICE 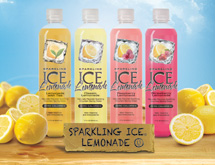 For Sparkling ICE, the key to its success is simple, CEO Kevin Klock says. “Our secret is refreshment,” he declares. “Why would you drink [our products]? We’re simple and refreshing.”

Sparkling ICE dates back to 1987, with the formation of its parent company, TalkingRain, a beverage company also based in Preston. However, the company did not develop the Sparkling ICE brand until 1992. In 1993, TalkingRain moved to its current location in Preston. Throughout the 1990s, it continued to innovate new brands and also was one of the first to walk away from the use of high-fructose corn syrup, Klock says.

During the early 2000s, TalkingRain entered the new age flavored non-carbonated water business. After seeing such brands as Fuze Beverages LLC and Glacéau Vitamin Water achieve success, “The leadership thought maybe it was time to get into the new-age beverage business,” Klock recalls.

Because of his seniority, Klock was given the role of Sr. Vice President and General Manager. “We had to make a decision quickly as to what we were going to do,” he recalls, noting that he saw no reason why the losses would continue, considering Sparkling ICE’s previous success in the Pacific Northwest. “As a team, we decided to refocus our efforts on Sparkling ICE. We restructured and enhanced our manufacturing, sales and marketing efforts surrounding this naturally flavored, zero-calorie carbonated beverage that had quietly built a strong following already in the Northwest.”

To recover, TalkingRain implemented a new mission and vision statement that emphasizes values, such as consistency in product flavor and smell. “When you open a bottle of Sparkling ICE – no matter what the flavor is, you have the same experience,” he says.

Sparkling ICE applied the same philosophy to its packaging, Klock says. “Every single package out there is consistent with each other,” he says.

When Sparkling ICE started to see more success, the company spent $273,000 on its first integrated marketing campaign, Klock says. “It snowballed from there,” he says, noting that the company today employs a staff of 232 and enjoyed revenues of $148 million last year.

Today, “almost every major U.S. retailer” carries Sparkling ICE’s products, Klock says. “We are the leader in the category of [beverages] where people are looking for full taste, but without the calories.”

Sparkling ICE’s beverages also appeal to customers looking for a sophisticated product, Klock says. “We pay a ton of attention to detail [on the packaging],” he says. “Our customer feels that our product is premium.”

Top Teamwork
Throughout the years, Sparkling ICE has nurtured a work environment that is largely based on collaboration between its associates, Klock says. Because Sparkling ICE started as a very small company, its employees had to take on multiple roles as it grew.

For instance, Klock himself, who has been with Sparkling ICE for almost seven years, started in its operations department, and works regularly with marketing, ¬¬sales, and research and development amongst others. Employees continue to wear multiple hats to this day, he asserts. “Sparkling ICE probably has 40 people who can claim [to be involved in] some element of the branding,” he states.

“When we all sat in a room, there wasn’t a lot of debate of what to do,” Klock recalls. “[We] came to a quick conclusion.”

Aiming for the Top
Sparkling ICE plans to become a global company, much like Arizona Beverage Co. or Monster Beverage Corp., Klock says. “If you look at … how they grew, [we will be] very similar,” he predicts.

This growth will be managed, he explains, through new products and line extensions. For instance, Sparkling Ice recently introduced its lemonade products, which have already enjoyed a strong response.

“We’re becoming one of the top lemonades in the United States,” Klock explains. “We’ll be No. 1 next year. We’re going to continue to launch product lines and extensions with our focus being on refreshment. We’re just scratching the surface of the market brand potential for this [company]. In the Southeast United States, [if you] compare us to the national brands, we outsell Vitamin Water.”