Back to Profile Gallery > Warsteiner 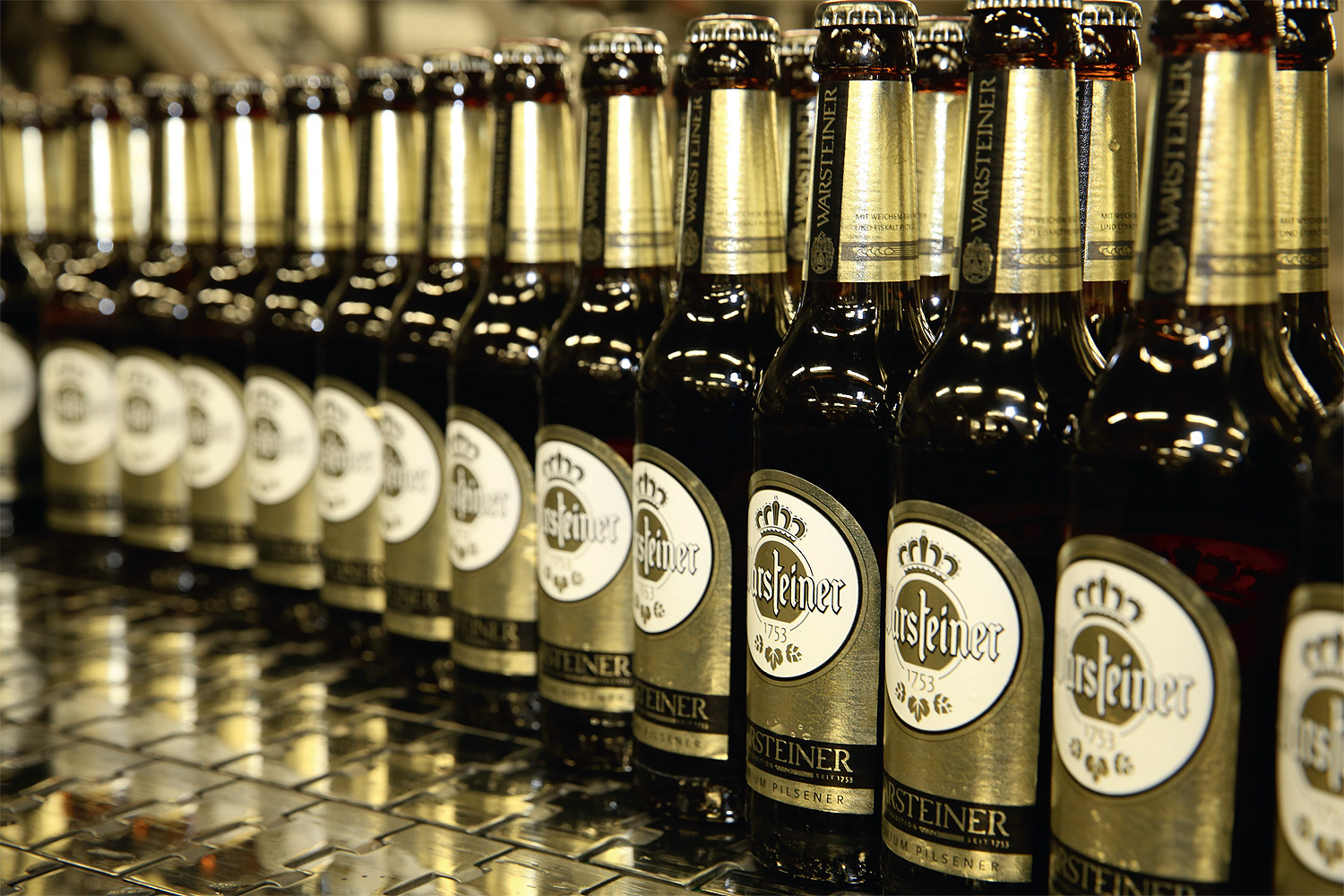 In 1753, Antonius Cramer, who had brewed so much beer in this home, had to pay his first beer tax for his side business and the foundations were laid for what is now one of Germany’s largest privately owned and most respected breweries. Over the next 260 years the company passed from generation to generation of the Cramer family and driven by its motto: tradition through innovation, the brewery’s production output grew. After a series of acquisitions in the nineties and noughties, and now under its ninth generation of Cramer management Warsteiner employs over 2200 people across a number of brands and breweries across the world. With a presence in over 60 countries through either own sales offices or distribution partners, the group manages the Warsteiner, Herforder, Frankenheim, König Ludwig Schlossbrauerei Kaltenberg and Paderborner breweries. Meanwhile, to accompany its expansion strategy, in 1998 Warsteiner founded the Welcome Hotel chain. Specialising in business travel and conference hosting, the company now operates 17 threeand four-star hotels across 14 locations throughout Germany.

The group’s portfolio of brands generally encompasses high end, premium pilsners that represent truly traditional and regional breweries across Germany. In particular, Warsteiner’s own Premium Verum pilsner is extensively distributed as a popular product across the world, as is its Premium Fresh non-alcoholic beer. The brand has also been successful in reacting to changing tastes and emerging trends in the market with the introduction of flavoured beverages into its product offering. The classic Radler style, a shandy-style beer and lemonade mix has been subject to Warsteiner’s innovation and it now offers alcoholic and non-alcoholic lemon and grapefruit flavoured drinks. Setting these products apart from the market is the use of 100 per cent natural fruit juices, as opposed to artificial aroma flavourings and citric acids providing the flavouring.

Contributing to Warsteiner’s international presence is a strong marketing campaign supporting sport, arts and music across the world. In particular, Warsteiner is a sponsor and official team partner of Audi ABT’s racing team in Formula E’s debut 2014/15 season. The company’s relationship with sport is not out of the ordinary for an alcoholic brand, however, what is unique is the way it responsibly serves the sector. Continuous development into the non-alcoholic recipe has resulted in a beer that has isotonic properties to ensure quick fluid absorption by the body, and is therefore popular amongst athletes. The brand has also partnered with a number of music festivals in Europe (the Netherlands and the UK).

The company’s vision is to maintain its position and further expand by growing market share with high quality products and services, effective sales efforts and innovative marketing. To achieve these goals it places significant emphasis on continuously improving technical optimisation against a background of solid finances and long-term planning. Sustainability innovation plays a major role in achieving this vision, as Martin Hötzel, Managing Director Sales and Marketing explains: “We are aware that we are just a little wheel within a complex global structure, whose future depends on the actions of all who participate in the system. Therefore, it is important to us to make our own contributions within our possibilities for a sustainable development. At the same time, we would also like to be a model with our sustainability policy and provide motivation for others to follow this thought that our own pro-active actions within the sum of the activities of many other companies, organisations and individuals can have a significant impact.”

As part of this drive to improve sustainability the company set up the Warsteiner Brew Academy for Research and Development in 2011, which represented a milestone for its sustainability concept. As a result, through continuous improvement Warsteiner is now one of the top breweries in the world with the lowest energy and water consumption in its production, with only 3.46 hectolitres of water being consumed for every hectolitre of beer brewed. The energy consumption for the production of this amount is also down to 135 mega joules.

Warsteiner has also developed a number of technological innovations to improve general energy consumption across its operations. One part of this is a block heating power plant set up at the Warsteiner Waldpark Brewery in 2009. This process produces electricity from natural gas and uses generated exhaust heat directly in the brewing process, saving up to 5000 tonnes of CO2-equivalents each year. As a result of this, the Warsteiner brewery fulfilled the norm DIN EN ISO 50001 in 2012 to be the first brewery enterprise in Germany to have a certified energy management system. In 2011, it went even further by installing wind turbines at its Paderborner Brewery capable of supplying 40 per cent of the site’s annual energy requirements.

The company’s attention to sustainability extends beyond its production facilities as well. In 2005, it began operating a proprietary rail siding with its own container terminal to move truck traffic from the road to the rails. This logistical strategy has helped to save 5500 truckloads, and up to 1700 tonnes of CO2 every year. In a remarkable demonstration of sustainability, Warsteiner’s responsibility is not confined to environmentally friendly operation but extensively encompasses procurement, recipe development, production and the way it treats its employees and customers.

As it looks forward, Warsteiner is about to embark on a five-year expansion plan involving further acquisitions and the development of a new factory. Such a company doesn’t survive for 250 years without a popular product and strong strategy, and its commitment to effective and creative marketing has been successful in promoting the brand on an international scale over the past few years. Couple this to its exemplary programme of sustainability and it’s clear to see why the brand is not only popular for its products, but also respected for its business operations. With a current turnover of over 500 million euros and a growing portfolio, Warsteiner’s future success is supported by strong brand loyalty but it will only be secured by continued commitment to these values that have defined it throughout its long history.