Back to Profile Gallery > Wiers Farm 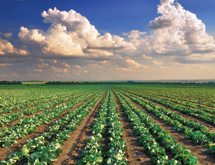 Wiers Farm, based in Willard, Ohio, has the capability to deliver product to most of the United States within 24 hours. That is an important attribute for a public that is increasing its demand for fresh produce. But Wiers Farm is not only known for its shipping capabilities – the operation combines that strength with its dedication to providing only the freshest, best-tasting produce.

“Since its beginning in 1896, Wiers Farm has offered high-quality produce,” the company says. “Today, the Wiers family operates in Ohio, Michigan and Florida, producing more than 40 different crops. In addition to its farming operations, the Wiers family also owns the trucking company Dutch Maid Logistics. With a fleet of more than 100 top-of-the-line trucks and more than 150 refrigerated trailers, Wiers Farm has access to fast, reliable and flexible delivery services.”

The history of Wiers Farm dates back to the early 1880s, when Henry and Kathryn Wiers moved from Groningen, Netherlands, traveled through Ellis Island, N.Y., and settled in Kalamazoo, Mich. Henry Wiers started his time in America by working in local factories, but in 1896, he traveled with his family and other Dutch immigrants to Willard, Ohio. Wiers purchased five acres in the area near Willard, which was swampy and poorly drained land. He and others, however, used draining techniques they learned in the Netherlands to make the land farmable.

“The area became known as Celeryville,” the company says. “Celery was grown and shipped to local markets using horse and wagon, and transported to further locations using the railroad.”

By 1922, Henry Wiers had amassed 10 acres of land and passed them to his two sons, Edd and Garrett. The family’s third generation got involved in 1940 when the five sons of Edd Wiers – Henry, Frank, Corwin, Norman and Eddy Wiers – took over the operation. The fourth generation – Jim, Ed, John, Tom, Ben and Jerry – began to enter the business in 1970.

“The importance of on-time delivery and flexibility became more apparent [by 1975],” the company says. “The Wiers family realized how crucial it was to have control over their produce’s transportation. Thus, Dutch Maid Produce was born with the purchase of eight trucks and 10 trailers.”

Close Control
By 1992, the fifth generation of the Wiers family – Dean, Darren, David and Tyler – began entering the business, in time to celebrate the farm’s 100th anniversary in 1996. A few years later, Dutch Maid Produce changed its name to Dutch Maid Logistics.

“This change helped expand services to existing customers as well as provide transportation throughout the 48 states for new customers,” the company says. “In October of 2001, Dutch Maid Logistics moved into its new 4,000-square-foot office attached to a four-bay maintenance garage. The newly built corporate office, located just east of Willard, Ohio, has allowed the company to continue to grow and service new customers.”

Wiers Farm added a 10,670-square-foot cooler in 2004 to increase its overall cold storage capacity to more than 1,200 full pallets of produce. This was the farm’s fifth cooler, giving it greater temperature and humidity control. In 2011, Wiers Farm partnered with S.M. Jones & Co. in Belle Glade, Fla., establishing a program where Wiers Farm can provide sweet corn to customers throughout the year.

“Today, Wiers Farm continues to grow and provide the best and freshest produce under its Dutch Maid label as well as maintain its position as a leader in food safety practices in this part of the country,” the company says. “Wiers Farm controls production from the point at which seed is delivered. Using its own greenhouses, land, packing house and cooler space, Wiers Farm has close control over its products. Dutch Maid Logistics now operates a fleet of approximately 100 trucks and 150 refrigerated trailers. With production in Ohio, Florida and Michigan, Wiers Farm is able to provide solutions to produce needs year round.”

High Standards
Wiers Farm maintains its dedication to providing the freshest produce and on-time delivery through the following objectives:

Additionally, the company notes that food safety is critical to its entire business. It explains all aspects of growing, harvesting, packing, cooling, warehousing and shipping must be in compliance. Wiers Farm provides ongoing training to employees in the area of food safety. It also has a state-of-the-art food safety program with tracking systems that allow it to trace packages from the field to the store warehouse.