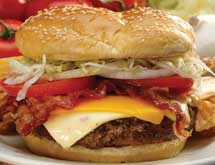 Dianne Crowley has many reasons to be excited about the success of Wild Wing Café, the casual dining franchise she and her husband, Cecil, launched on Hilton Head Island, S.C., 20 years ago. First, she takes pride in staying in business two decades despite having no prior restaurant experience. Then, there are the numerous awards for the signature recipes and laid-back atmosphere that her franchisees have earned throughout the southeastern United States.

However, Dianne Crowley says the most satisfaction comes from the number of lives that have been touched and changed for the better as a result of their experience with Wild Wing Café.“The biggest award for us at the 20-year mark is all the good will and warm wishes we’ve received,” Crowley says. “We’ve heard from former employees and longtime customers from all over the country. We’ve hosted rehearsal dinners for people that have met and fallen in love at Wild Wing, babies have been raised at Wild Wing, families spend their vacation on Hilton Head and Wild Wing Café is part of their fun from year to year. We love being a part of people’s lifestyles.”

That attitude is what has helped make Wild Wing Café a success. The restaurant boasts 37 locations – 14 corporate and 23 franchised – throughout the Southeast. The restaurant specializes in chicken wings and offers more than 30 different sauces. Today, the menu also includes a variety of ribs, sandwiches, wraps, burgers, sliders, and soups and salads.

Originally from Atlanta, Cecil and Dianne Crowley left their advertising and marketing careers in 1990 to embark on a beachfront lifestyle on Hilton Head Island. Crowley reminisces about a duck pond adjacent to their property. Some Saturdays, they would send buckets of bottled beer via a wooden plank to revelers that took over a tiny island in the center of that pond. Their vision was to create a restaurant that catered to the party atmosphere of the region.

“Wild Wing got its ‘devil-may-care’ attitude from those days,” Crowley says. “We try to preserve that – we’re Wild Wing, not Mild Wing. If your child makes a lot of noise, I don’t care. If you’re cheering for a team, we expect you to cheer. Atmosphere is important, and the second component is food.”

As for the food, Crowley is dedicated to making food daily, rarely relying on frozen ingredients. The wings originated from homemade recipes the couple tried out on guests at Super Bowl parties they hosted in Atlanta. The rest of the menu is carried over from Crowley’s days of hosting a cooking show in Jacksonville, Fla., as well as some tried-and-true favorites passed down from her mother.

And the variety of flavors doesn’t stop with the wings. Crowley says Wild Wing Café’s hamburgers and chicken salads can be served with one of the restaurant’s 30 proprietary marinades, and ribs have their own 26 marinades for guests to choose among.

Wild Wing has many elements of a classic sports bar establishment but it caters to a variety of clients through its menu, as well as entertainment options, which include karaoke nights, trivia nights and live music.

While Crowley expects to add more Wild Wing locations in the future, she also is looking to establish music venues as well as food-and-bar locations without live music.