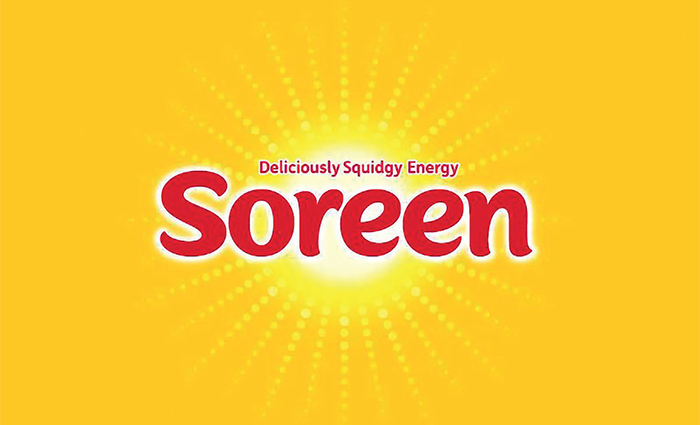 A Danish Entrepreneur by the name of John Rahbek Sorensen founded Soreen in 1938. The company is famous for its malt loaf, which was as popular from its initial introduction as it is today. Despite being acquired by a number of different owners over the years: Imperial Bakeries, Warburtons, and, currently, the Samworth Brothers Group, the company’s soft and sticky mainstay has always been proudly baked in Manchester, UK. In considering the bustling trade and industrialization of the northwest in the 1930s, it’s no surprise that the delicious, energy-filled and affordable snack, grew to such huge popularity. Although it may have been Warburtons that was responsible for the company’s nationwide growth, it’s Samworth Brothers’ strategies that are bringing it into the future.

The current bakery is nestled away in Trafford Park and operated by a team of 160 employees. The production process is traditionally organic, mirrored by many other bakeries up and down the country. The site operates round-the-clock, six days per week, producing around four million loaves of differing sizes and flavors. The dough is mixed, deposited into tins and baked in the oven, before being dispatched. This no-nonsense approach to healthy snack production is one of the company’s major unique selling points against its competitors – with short best-before dates, due to a lack of preservatives, unlike the altered alternatives that boast up to a year of apparent freshness. 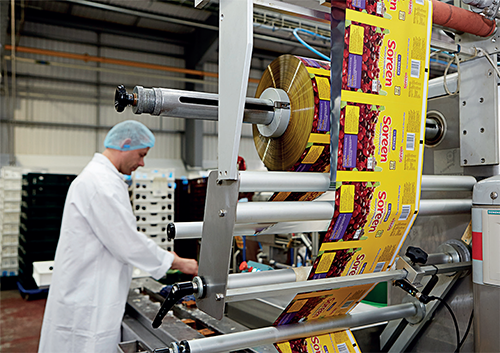 Lunchbox loaves
The original product itself is so good, that one of its largest innovations over the last eight decades has simply been related to its size. As Mark Simester, Managing Director, details further: “Up until 2012, the large malt loaves had made up the vast majority of the business, but that year, we released the lunchbox loaves product. While I was growing up, malt loaf was considered to be more of a treat food, a slice of which to be enjoyed with a tea or coffee mid-afternoon. When I joined as MD in 2016, people’s attitudes towards food had already begun to change. People are eating far fewer sugar-fueled treat foods these days, and there’s been a nationwide boom in coffee shops, removing that traditional coffee and cake occasion from the retail sector. However, also by 2016, it was becoming increasingly obvious that the combination of our product, and in the new size we had released a few years prior, was going to be enormous for Soreen. At this point, the bars only accounted for 15 percent of the business, fast-forward to today and they make up over half our business.

“Our bakery looks completely different as a result, it now features a high-speed wrapping machine and an automated system, for specifically processing the lunchbox loaves,” he continues. “We’ve seen spectacular growth, but there’s still a lot more we want to achieve. We want every household in the UK to know what a perfectly balanced and healthy snack malt loaf is. We’re finding that once people are aware, it instantly becomes a staple on their shopping list. The growth of the lunchbox loaves has honed our new strategy: to position the entire business as a healthy snack company. We haven’t changed the product whatsoever; we’ve just shifted our focus onto the nutritional values that it already held – which everyone is amazed by. Because the lunchbox loaves are the perfect size for an on-the-go snack, with only 90 calories, 0.8g of fat and 6.1g of sugar, they are HFSS compliant and perfect for anybody’s lunchbox, regardless of age.”

The business has been associated with Public Health England (PHE) for over five years now, partially due to the vested interest PHE has in consumers opting for malt loaf over chocolate or biscuits. Soreen takes great pride in adopting the full, colorized version of the traffic light system, unlike many of the huge multinational snack producers. Mark believes this to be the right thing to do and ultimately the responsibility of all producers, not consumers; to educate the nation on what are the healthier choices. “We very much see ourselves as champions of feel-good nutrition. We are keen for Soreen to be more than just a business, more than just sales and profit targets. We are exceptionally focused on our role in the community, both locally and nationwide, and have a platform to help improve the nation’s diet.

“The company operates on three beliefs,” he continues. “The first is affordability, as everyone should be able to afford healthy, nutritious snacks. Take protein bars for example, retailing at £3 each, that kind of price range is too unrealistic for low-income families, which is why we’re super proud of our mainstream pricing. The next is that, as I mentioned before, snack businesses should make it as easy as possible for shoppers to make the correct choices and finally, the third, is that no child should go hungry. We may not be able to protect everyone, but we try to do as much as we can. Among our charitable relationships, we partner with a local Manchester foodbank called The Bread and Butter Thing. I believe they initially approached us around four years ago, but we have really stepped up over the last 12 months. We donate both products and the time of our team. In fact, I believe there’s a Soreen team over there, helping out today.” 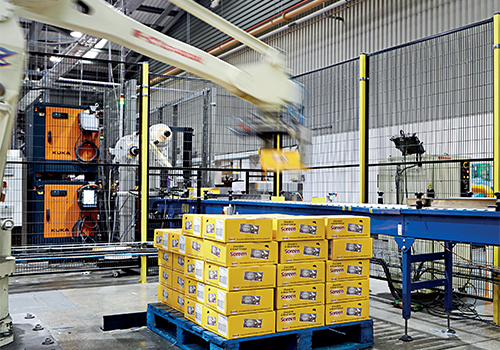 Business as a force for good
This support within the community extends to a large range of holiday hunger clubs, out-of-term-time sports activities and general charities. In solidification of its commitment to helping others, Soreen is currently working towards becoming a B Corporation, which has a number of other implications too. Under this, the business is in the process of drawing up the public declaration of its sustainability initiatives, which have already been bolstered by the policies of the Samworth Brothers Group. The company is measuring its combined energy usage and researching a number of different reduction techniques, as well as decreasing its packed-plastic and overall impact on the environment through its carbon footprint.

Soreen’s attitude towards people is practiced internally as well. As Mark states: “People are the business, which is the basis of our culture. We are extremely fortunate to have lots of colleagues who have been with us for over ten years and along for the ride during this period of such monumental growth. We give our teams a voice through regular surveys, committees and multi-functional work groups for hot topics, and generally spend a lot of time ensuring the culture is as positive as it can be. We have such a brilliant team who work so incredibly hard; I’d like to take the opportunity to congratulate them on the success that they have collectively achieved over the last decade, especially in terms of the increases in output and diversification they have seen us through. They are the ones who have done it, and I hope they continue to enjoy it going forwards. Looking that way, to the future, we want to be the most famous, healthy snack in the UK. We want every parent in the country to know about our nutritional values, so that we can have as big an impact as possible on the nation’s diet.”
www.soreen.com