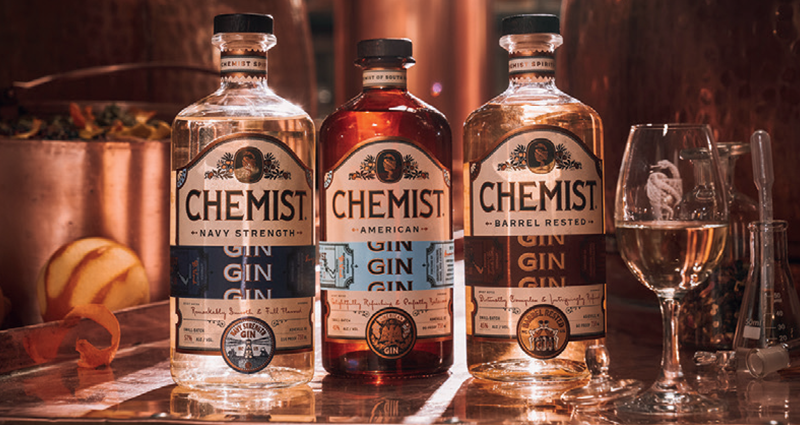 “Women are such a large part of the Daytime Emmy Awards. As a female-founded and owned spirits brand, Chemist is proud to be the official gin of the 2022 ceremony,” said Debbie Word, who established Chemist Spirits in 2018 alongside her daughter, Danielle Donaldson, who is a chemist by training.

Word is one of the few female distillery founders in the United States. According to industry data, less than 19 percent of American distillers are female and only two percent of distilleries are owned by women. Word and Donaldson aim to challenge the industry norm by growing their business and mentoring other women and minority groups in the distilling profession.

“Our goal is to help more women and people of color to join the distilling community to make it stronger and more inclusive,” says Word, who hosts women’s entrepreneurial events at Chemist Spirits and is a member of the Distilled Spirits Council. “We plan to use the spotlight as the official gin of the Daytime Emmy Awards to help advance this conversation on the national stage.”

Chemist Spirits is the recipient of multiple accolades, including winning Double Gold at the Women’s Wine and Spirits Awards in London, Best In Class at the Berlin International Spirit Awards, and Double Gold at the John Barleycorn Awards. Chemist’s American Gin was also chosen as the ‘Gin of the Month’ for the popular Craft Gin Club of London.